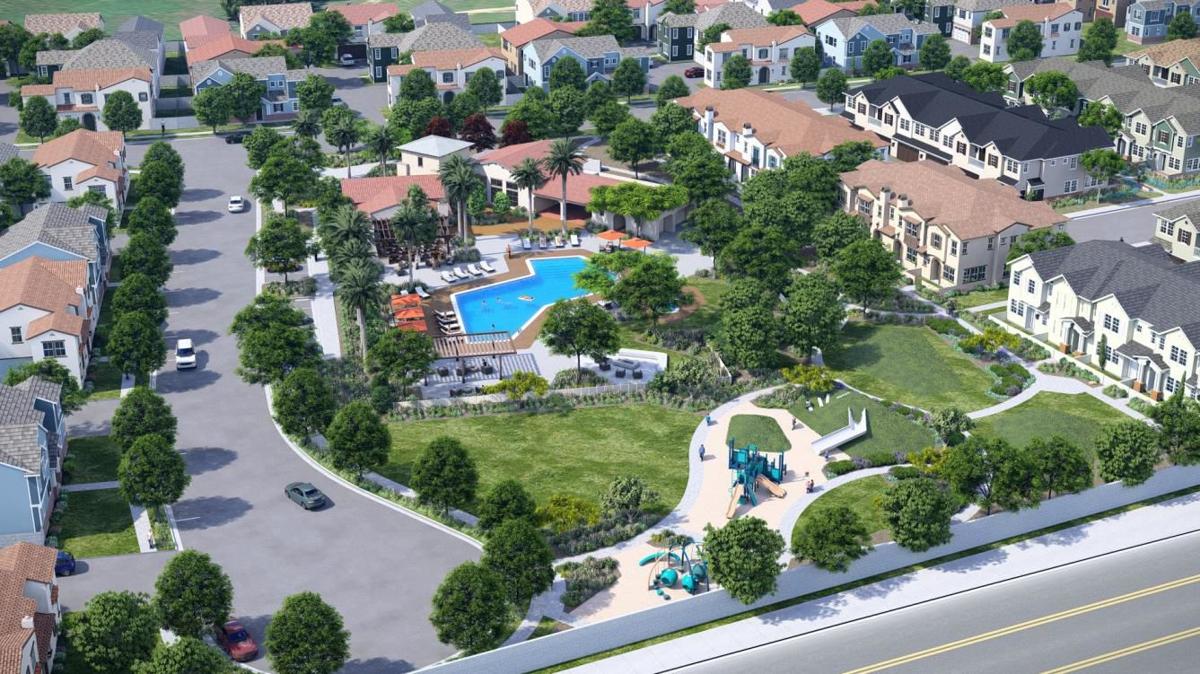 The Monarch Hills housing community will be built in the northwestern corner of Fontana. 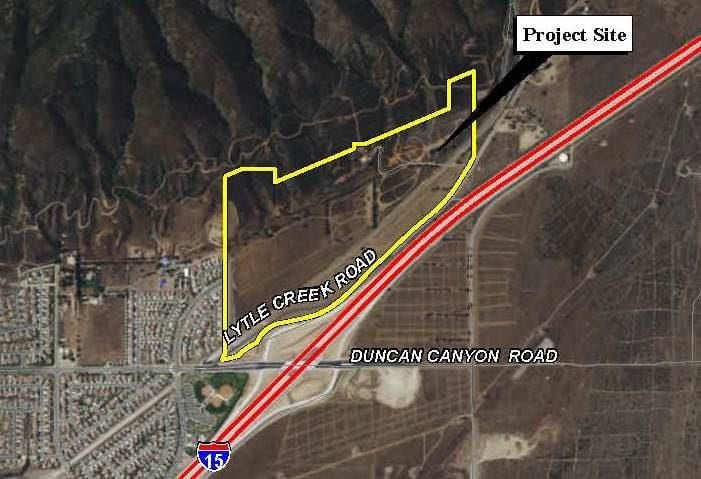 This is the area where the Monarch Hills housing community will be built in the northwestern corner of Fontana, north of the Interstate 15 Freeway.

The Monarch Hills housing community will be built in the northwestern corner of Fontana.

This is the area where the Monarch Hills housing community will be built in the northwestern corner of Fontana, north of the Interstate 15 Freeway.

A new housing community, comprised of five privately gated residential neighborhoods, will be built in the northwestern corner of Fontana.

The Monarch Hills project, which will feature a combination of single-family homes, attached condos, and detached condos, was approved unanimously by the Fontana City Council last month.

The project site is about 136.4 gross acres located north of the Interstate 15 Freeway and south of the San Bernardino National Forest, encompassing the area between Citrus Avenue to the east and Coyote Canyon to the west.

Monarch Hills will include two private parks, a private recreation building and pool, trails and water quality basins, according to city staff.

The entire project includes a total of 489 dwelling units of varying densities:

• 154 single-family lots with a minimum lot size of 10,000 square feet north of Lytle Creek Road, which will need to be realigned

The detached condominium concept is a modern site design that has not been developed in Fontana but has been utilized in such cities as Irvine, Ontario, Riverside, and Chino, staff said. Most recently, this type of product was approved by the Fontana Planning Commission for the El Paseo development, generally located northeast of Baseline and Citrus avenues.

All units are designed with concrete tile roofing material coordinated to match the color scheme of each elevation. All plans are proposed as two-story homes.

City Councilmember Phillip Cothran, whose district will include Monarch Hills, said he is very pleased with the project, but noted that it was bordering the mountainside and asked staff about fire concerns.

"There is a fire protection plan that was done for the entire site, including the defensible space on the north side of the project," said Zai AbuBakar, director of community development. "All of the development has to be consistent with the fire code, because it is in the high fire zone."

The Monarch Hills vision is to produce both "an aesthetic and functional harmony with its upscale design nestled into the natural landscape of the foothills," according to the staff report. "A resident will be able to enjoy a large network of walking and hiking trails or be able to enjoy their own private open spaces adjacent to their home or in their backyard."

A development agreement has been submitted which includes a development fee of $489,000 to be used at the sole discretion of the city, as well as timing for construction of the development and agreed upon terms for the project, staff said.

After five years, Richland Communities was finally able to secure approval for the project, which was first proposed in 2014.

What is the significance of Kamala Harris becoming the first woman and first person of color to be vice president?