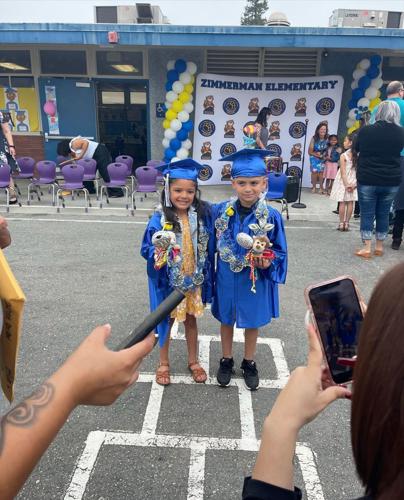 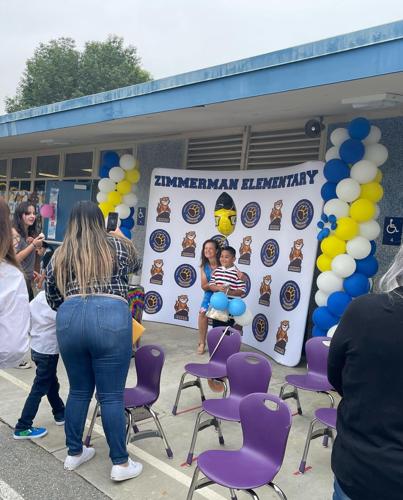 Many residents of Bloomington have been expressing concerns about the development of a huge warehouse project next to an elementary school, and now they have reason to cheer.

A $44.5 million agreement reached between the Colton Joint Unified School District and Howard Industrial Partners would enable the district to relocate the students and staff of Zimmerman Elementary School away from the shadow of a planned warehouse project and to deliver a new, state‐of‐the‐art elementary school to Bloomington, CJUSD said in a news release on July 8.

The district said it had no power to stop the project, but it submitted three detailed comment letters to San Bernardino County regarding air quality, noise, traffic hazards, and other impacts.

As a result, the district and the developer engaged in negotiations over several months that on June 30 produced the new agreement, which would go into effect only if the county’s Board of Supervisors approves the project, CJUSD said.  There is no current timeline for when that might happen, the district said.

“This is essentially an insurance policy,” Superintendent Frank Miranda said. “It protects our district, our school and most importantly our students and staff in the event that the county approves the Bloomington Business Park project. It will allow us to move our school from an unsafe location and provide the community with a new school that includes the latest in educational technology, air filtration and noise reduction features.”

Under the terms of the agreement, the district will exchange the Zimmerman site with Howard for property located adjacent to some of the district’s existing offices on Hermosa Avenue, CJUSD said.

In addition to the Hermosa property, the district will receive payments totaling $44.5 million. The agreement is among the largest on record related to project impacts on a school, the district said. By way of comparison, protracted litigation involving a similar project adjacent to Jurupa Hills High School in Fontana resulted in a mitigation of payment of about $200,000.

The money received under the agreement will make it possible to develop a new elementary school on the district’s property on Larch Avenue south of Santa Ana Avenue.

The district’s 2021 lawsuit against the Chandi project at the corner of Cedar Avenue and Santa Ana Avenue ensured that a school could one day be built on the district’s adjacent property. The settlement pared down the project from a full‐blown truck stop to a much smaller project. The number of truck parking stalls was cut nearly in half, truck idling was restricted, above‐ground fuel storage tanks were removed, and a landscaped buffer was incorporated around the project.

Design, planning, and construction of the new school are expected to take three to four years. Zimmerman will remain in operation on its current site until the new school is complete in order to avoid disruption of the learning environment, the district said.

Bloomington has undergone dramatic change over the past 10 years as a boom in warehouse and logistics facilities transforms residential and rural areas with industrial development. The increased number of warehouses has also impacted many other communities in the Inland Empire, including Fontana.

And what sort of oversight is attached to that big sum of money? Someone needs to be watching to ensure that board member's relatives and cronies aren't skimming the cash.

What did you think about how the election turned out?