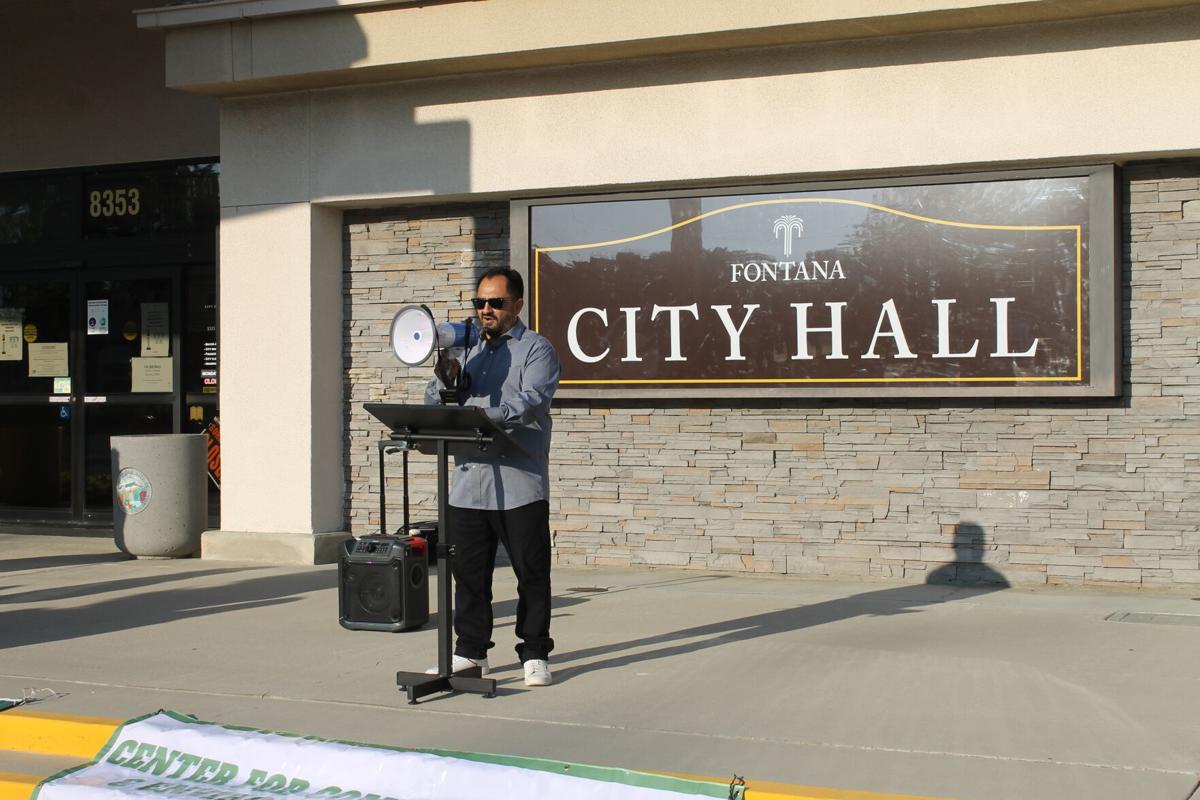 Eddie Lopez speaks during a press conference in front of City Hall on July 27, saying he agrees with Attorney General Rob Bonta's decision to file a lawsuit against the City of Fontana. 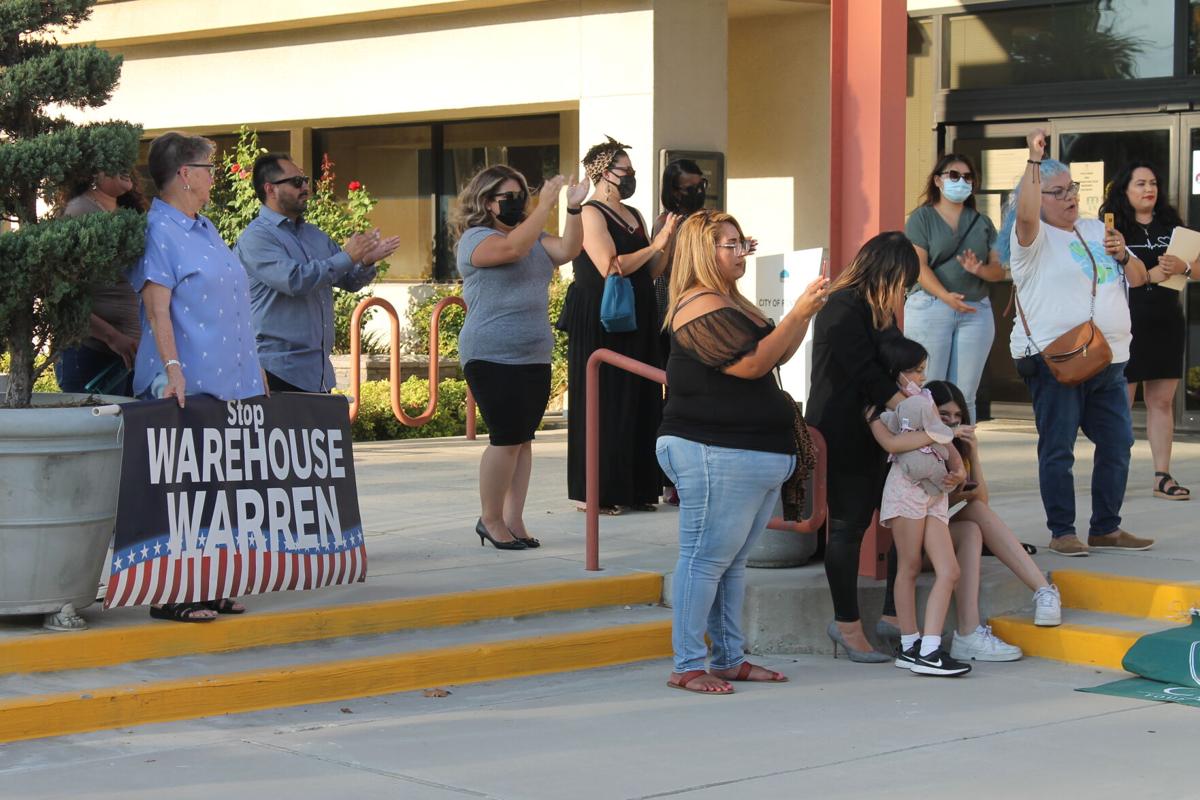 Attendees at a press conference in front of City Hall applaud a speaker.

Eddie Lopez speaks during a press conference in front of City Hall on July 27, saying he agrees with Attorney General Rob Bonta's decision to file a lawsuit against the City of Fontana.

Attendees at a press conference in front of City Hall applaud a speaker.

Environmental groups are applauding a lawsuit filed by California Attorney General Rob Bonta against the City of Fontana for its approval of a warehouse development in southern Fontana.

And in fact, the Sierra Club has announced that it has filed its own lawsuit against the city, hoping to prevent the construction of the 200,000-square-foot warehouse on the corner of Slover and Oleander avenues.

The Sierra Club's lawsuit, filed on July 23 in Superior Court, claimed that the city's approval violated state law by ignoring requirements to first conduct a full environmental analysis of the project.

“Fontana’s action in approving this polluting industrial use in the midst of a neighborhood adjacent to Jurupa Hills High School was reckless and illegal and it must be stopped,” said Mary Ann Ruiz, chair of the San Gorgonio Chapter of the Sierra Club. “Working with South Fontana Concerned Citizens Coalition (SFCCC) and Center for Community Action and Environmental Justice (CCAEJ), we filed our lawsuit in solidarity with the community’s right to safe streets and clean air.”

Prior to the City Council meeting on July 27, activists from these organizations gathered for a press conference in front of City Hall to praise Bonta's lawsuit and to voice their opposition to city leaders who have repeatedly permitted warehouses to be built.

"This lawsuit is long overdue, and will finally shed light onto the abuse of power from city officials," said Elizabeth Sena, the founder of the SFCCC, in a statement. "The community’s concerns regarding air pollution have been disregarded by the Fontana City Council. However, this lawsuit will help protect community residents against injustice practices that have been carried out by Fontana’s city officials.”

Eddie Lopez, speaking during the event, declared: "We are not anti-warehouse, we are pro-Fontana."

“By stepping up for the community, Attorney General Bonta has shown he stands with the EJ (environmental justice) communities impacted by these developments," said Ana Gonzalez, interim executive director of the CCAEJ. "This shows that by organizing and mobilizing, we can come together and hold our officials accountable.”

The Attorney General's Bureau of Environmental Justice frequently reviews, provides comments, and where appropriate, files litigation on warehouse projects and other matters relating to the California Environmental Quality Act (CEQA) across the state, Bonta's office said. This is the first CEQA lawsuit filed under Bonta, who became the attorney general in April.