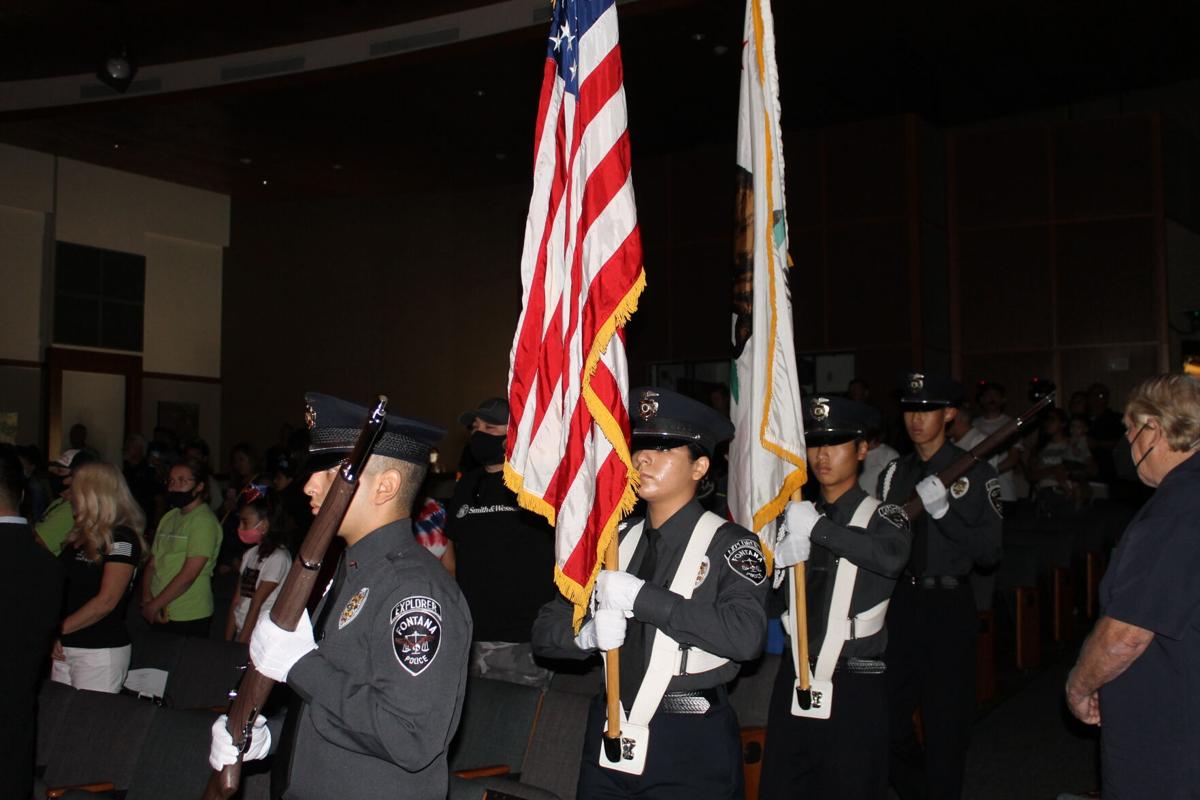 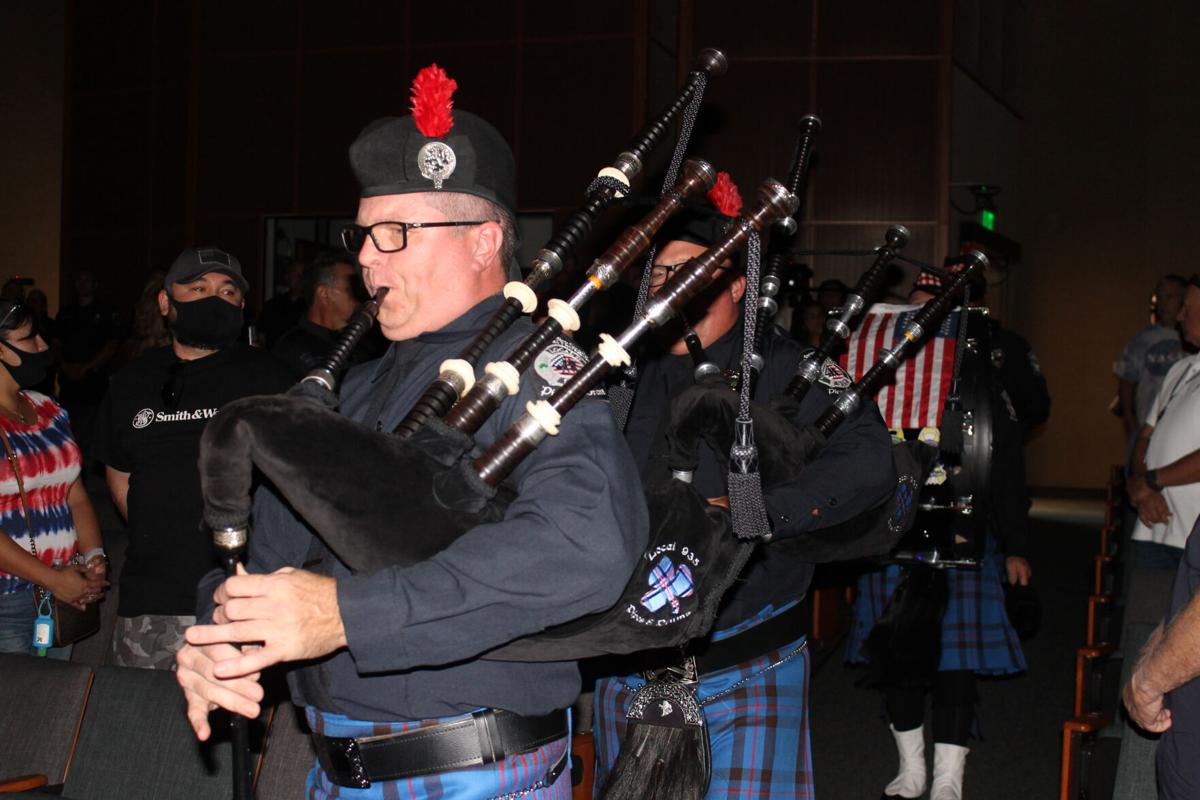 Bagpipes were played during the ceremony.  (Herald News photo by Russell Ingold)

Bagpipes were played during the ceremony.  (Herald News photo by Russell Ingold)

The terrorist attacks of Sept. 11, 2001 had an enormous and tragic impact on Americans, and Janice Rutherford will never forget the sadness that engulfed the nation that day.

Twenty years ago, Rutherford (who is now a San Bernardino County supervisor) was a member of the Fontana City Council, and she and her colleagues happened to be in Washington, D.C. to speak to elected officials when they received news that two airplanes had crashed into the World Trade Center in New York.

Rutherford, one of the speakers at Fontana’s 9/11 Remembrance Ceremony at the Steelworkers’ Auditorium, recalled that the fear that additional planes could possibly be heading to strike the nation’s Capitol “was a very emotionally difficult thing to deal with.”

She said it was even more distressing for City Councilmember John Roberts, a former fire chief, who was also in D.C. and was forced to stay in a hotel room while wishing that he could rush to the Twin Towers and help firefighters there as they rescued survivors.

The Fontana representatives were shaken by the experience, but they returned home with more determination to make a big impact in the lives of local residents.

In the years since the disaster, Rutherford has created a 2nd District Youth Council to try to help cultivate positive attitudes and actions on the part of young people who were not even born when 9/11 occurred.

Rutherford told the Fontana audience that she wants to “make beauty of the ashes of 9/11” by encouraging people to become more civil in their discourse. She said the terrorists’ goal was to foment anger, bitterness, and division, which must not be allowed to happen.

“Freedom and liberty and love and light will still prevail,” she said. “We will not let hatred take hold in our hearts.”

Mayor Acquanetta Warren emphasized the same theme during the ceremony.

“Today we are stronger,” she said. “We are people of hope and great strength.”