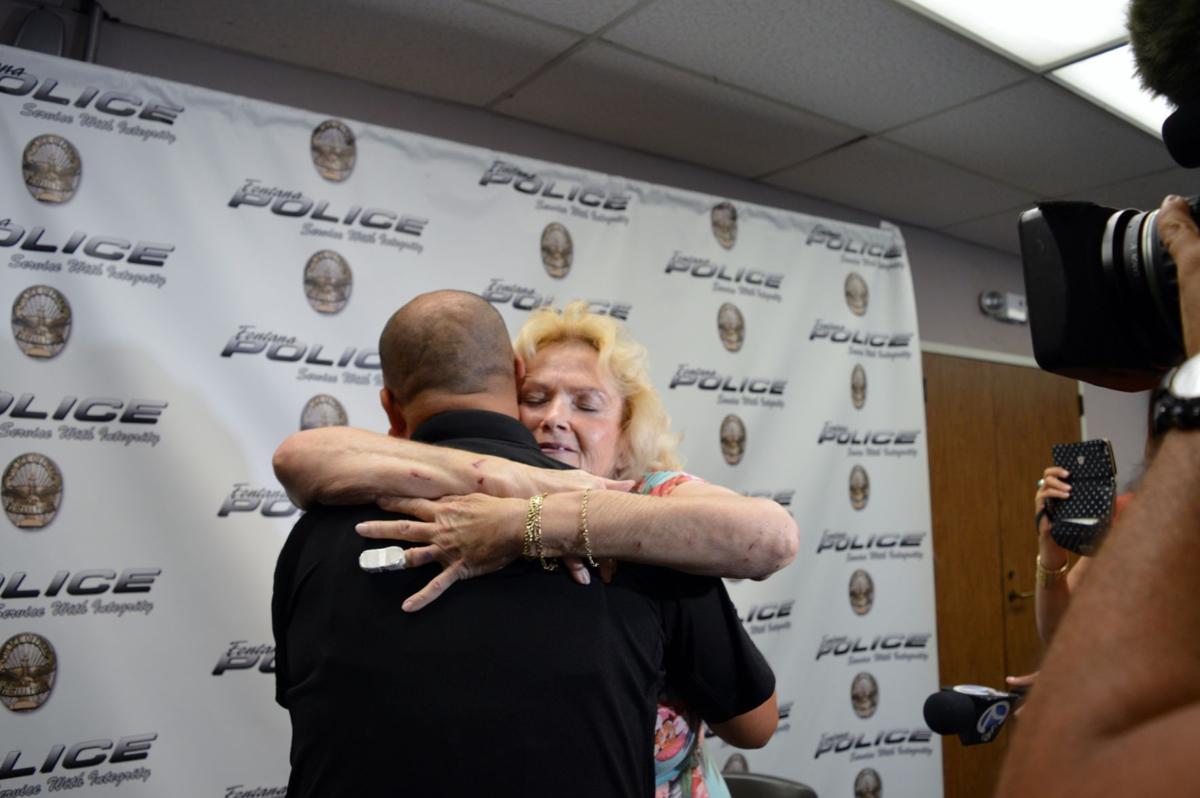 Rhonda Lantz hugs Officer Luis Valenzuela at the Fontana Police Station, thanking him for giving her a ticket several days before.  Because she was ticketed, she was wearing a seat belt when she was later involved in a traffic accident and her life was saved.  (Herald News photo by Alejandro Cano) 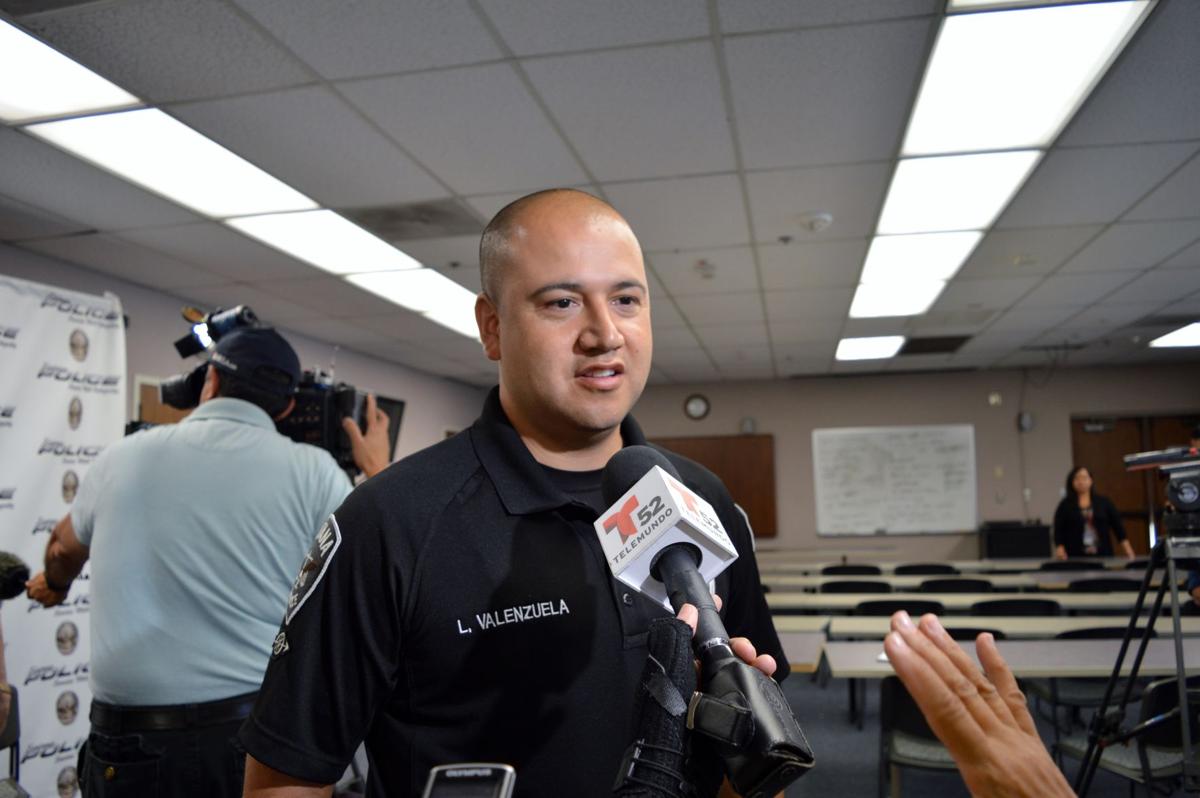 Rhonda Lantz hugs Officer Luis Valenzuela at the Fontana Police Station, thanking him for giving her a ticket several days before.  Because she was ticketed, she was wearing a seat belt when she was later involved in a traffic accident and her life was saved.  (Herald News photo by Alejandro Cano)

When Officer Luis Valenzuela of the Fontana Police Department stopped Rhonda Lantz in mid-June for not wearing a seat belt, she was not especially pleased. But her feelings about the incident soon changed dramatically.

Lantz was ticketed by Valenzuela as part of the “Click it or Ticket” campaign on June 15. Ten days later, Lantz was involved in a terrible vehicle accident, but she survived because she was now wearing a seat belt -- the very tool that she had avoided using previously throughout her life because she said it chokes her.

“I’m convinced that if it wasn’t for the seat belt, I would be dead today. The truck rolled many times and I did not die because I was wearing my seat belt,” said Lantz.

During the incident on June 25, Lantz suffered several minor injuries, including bruises to the legs and face. The crash occurred when a tire blew out as she was traveling back home from Yucaipa.

Because she felt so grateful in hindsight for getting the ticket, the 65-year-old Fontana woman arranged a meeting with Valenzuela once again on June 30 at the Police Department to thank him in person.

“After I got the ticket, I started using the seat belt, which saved my life. From the bottom of my heart, thank you,” said Lantz during the emotional reunion.

"This is the first time somebody thanked me in person; it feels nice. I feel great knowing that what we do is making difference,” said Valenzuela.

According to the Fontana P.D., during the implementation of the "Click it or Ticket" campaign, police officers wrote 59 tickets for not wearing seat belts, including two child seat citations.

The “Click it or Ticket” campaign debuted in California in 2005 and since then, the state’s seat belt use rate has increased from 92.5 percent in 2005 to a record high of 97.4 percent in 2014, said the California Office of Traffic Safety.

The minimum ticket cost of an adult seat violation in California ranges from $162 and up, depending on the county, while the minimum ticket for not properly restraining a child goes from $465 and up, the Office of Traffic Safety said.

In 2013, 9,580 unbuckled passenger vehicle occupants were killed in the United States -- deaths that could have been prevented by spending two seconds and buckling the belt.

Lantz has yet to pay the ticket, which could cost her about $300; however, she knows that the seat belt which saved her life is priceless.

“It is worth buckling it. It takes two seconds … it saves lives,” said Lantz.

Good for both of them. If she feels like it's choking her, she can get an attachment to direct it farther away from her neck. And her ticket should be around$160, not $300. Unless it's her second offense, which would put it up closer to $300.

It's great that she learned her lesson, but $300 is a too much. She can go to court, explain to judge and he/she can give her either payment plan or discount...