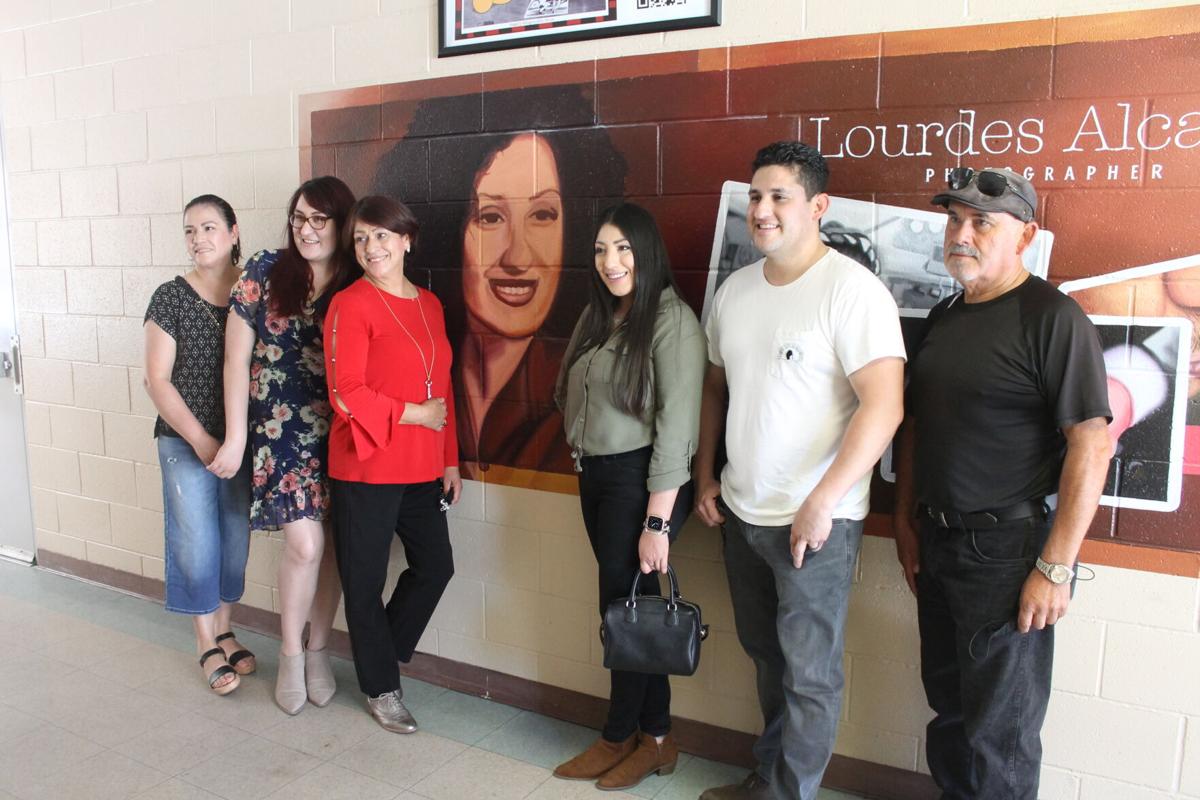 Family members of Lourdes Alcaraz stand next to the mural which was painted in her honor at Fontana A.B. Miller High School. 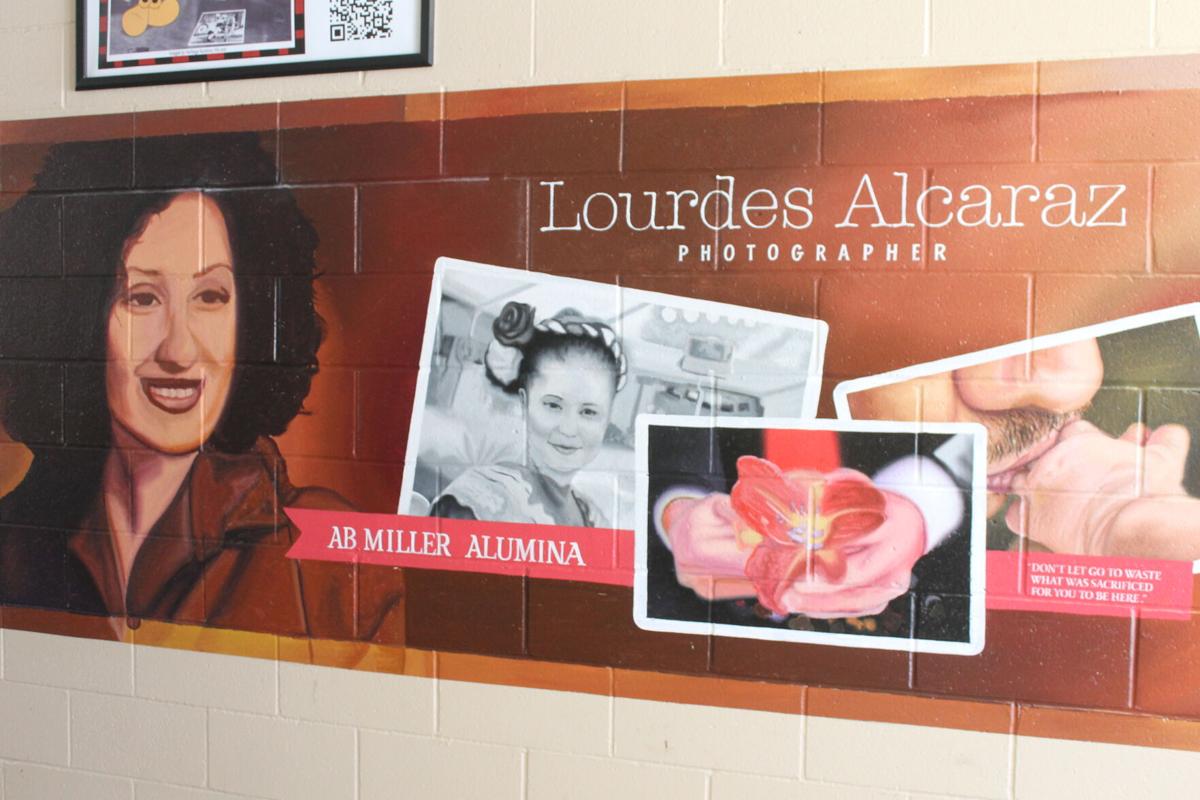 A mural was painted in honor of Lourdes Alcaraz at Fontana A.B. Miller High School. 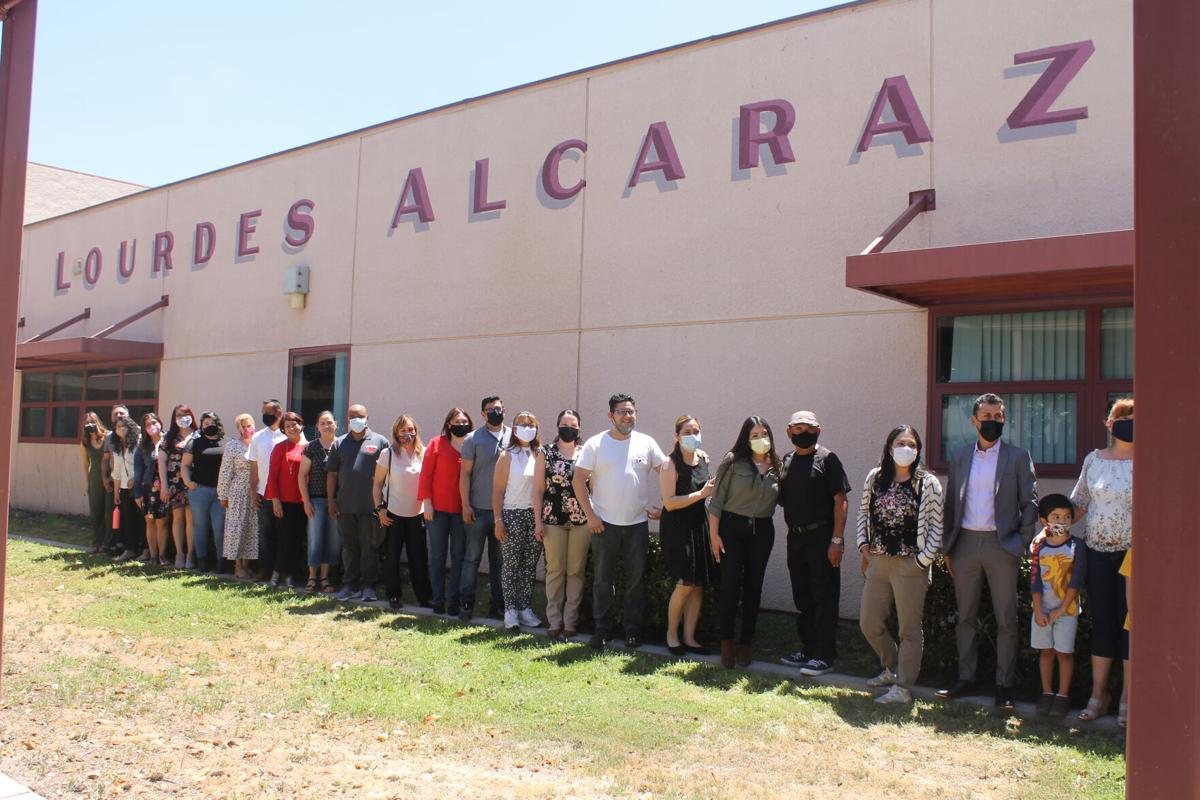 Family members of Lourdes Alcaraz stand next to the mural which was painted in her honor at Fontana A.B. Miller High School.

A mural was painted in honor of Lourdes Alcaraz at Fontana A.B. Miller High School.

But 10 years later, tragedy struck; she died of cancer at the young age of 29.

In the years since, Michael Garnes, her former photography teacher at Miller, has wanted to honor Alcaraz in some way, and now the principal, Dr. Dustin Saxton, has brought that idea to fruition.

The art building at the school has been named after Alcaraz and a mural has been painted in her memory, and on April 30, her family members and friends gathered at Miller during a special event to pay tribute to her legacy.

"This is an honor for our family," said her mother, Lourdes Perez, "and also for all the young people who come to this school, because they can have a goal to aspire to."

Alcaraz is remembered fondly by her family, friends, and teachers as being full of life, energy, and tenacity.

"She was my most accomplished photography student," said Garnes, who recalled that Alcaraz was an extraordinarily gifted artist who spent countless hours in class and the darkroom honing her craft.

Her sister, Myrna Alcaraz, said that it didn't always come easy for her, but with hard work and dedication, she was able to succeed.

Her mother added: "Just being in this country is a blessing and she made use of it, even though the odds were against her."

The mural, located inside Lourdes Alcaraz Hall on the campus, includes one of her favorite quotes: "Don't let go to waste what was sacrificed for you to be here."

[love] Such an emotional day for the family. Everyone who knows her loved her. She always knew how to make you feel like you were the only person in the world, and that is what she captured in her Photography.