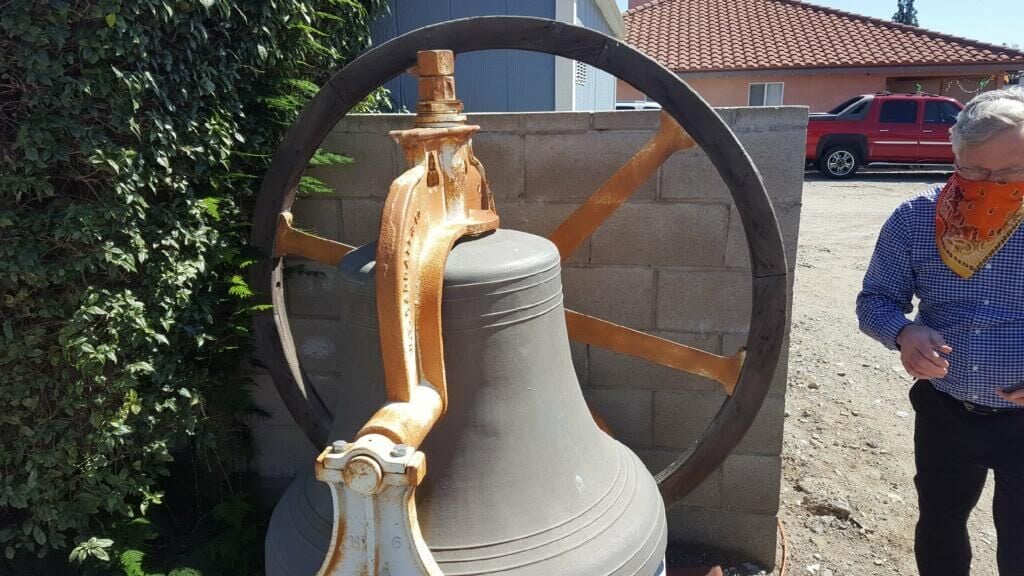 This historic church bell was stolen from a Fontana location. 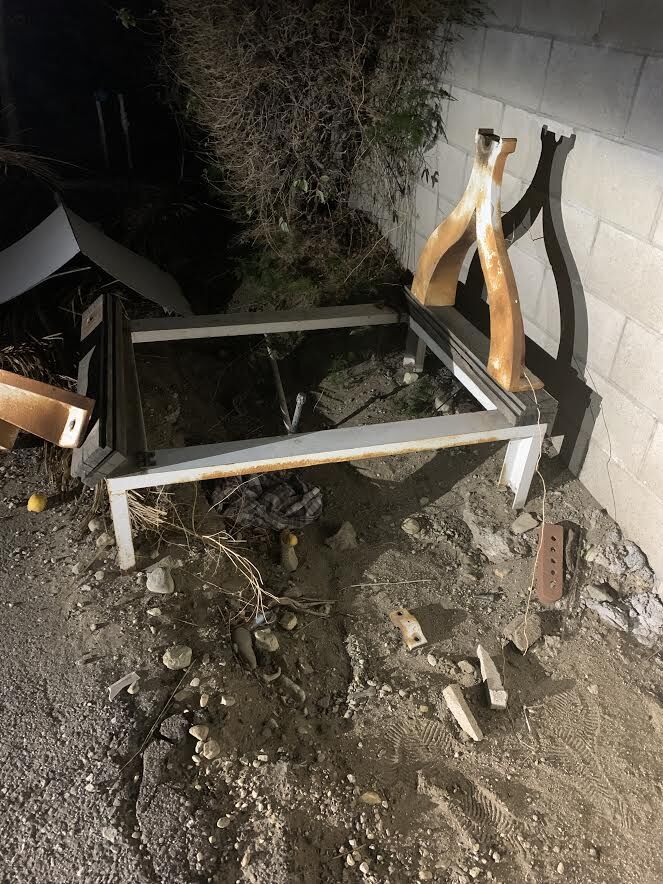 A church bell was stolen from this Fontana location.

This historic church bell was stolen from a Fontana location.

A church bell was stolen from this Fontana location.

A large church bell -- a significant historical artifact that is 110 years old -- has been stolen, and members of the Fontana church are hoping that someone will provide information regarding its whereabouts.

Sometime during the past week, the bell was taken from the location where it had been stored, according to Rene Villarreal, a parishioner at St. Mary's Catholic Church.

"A piece of our beloved parish and family is now lost," Villarreal said.

He said that St. Mary's was originally established on Slover Avenue in 1939 but relocated to 16550 Jurupa Avenue more than 20 years ago. When the old church was demolished, all that was left was the solid bronze bell, which had been kept in the belfry and rang to indicate that church was in session.

The bell, which was casted in 1911 in San Francisco, was purchased from the church by Thomas Villarreal, Rene's father, who promised to donate it back to the church, but the family has been waiting until after St. Mary's completed its ongoing renovation at its current site.

"My father passed away five years ago and my sisters and I have been waiting for the opportunity to complete a promise our father made 20 years ago," Rene Villarreal said. "The new church is currently in construction and the project’s architect even came to our home to measure and take photos of the bell so they can construct a place to have it on display. There will now be a big hole where the bell was to be displayed."

The bell was taken from the family's property on Live Oak Avenue.

"This is our main residence, but a flood two years ago caused us to have to move out, and we have been battling the county for building permits for the past two years so we can rebuild. The home is vacant and we pass by often to pick up mail and check on things," he said.

But when he stopped by recently, the bell was gone, he said, adding that the thieves must have gone to great lengths to abscond with it. "The bell is extremely heavy and a crane or forklift must be used to move it," he said.

"My family and I are asking for the bell to be returned, no questions asked," he said. "We would just like the opportunity to fulfill a promise our father made to our parish and community."

Anyone with information about the bell is urged to contact the Fontana Police Department.