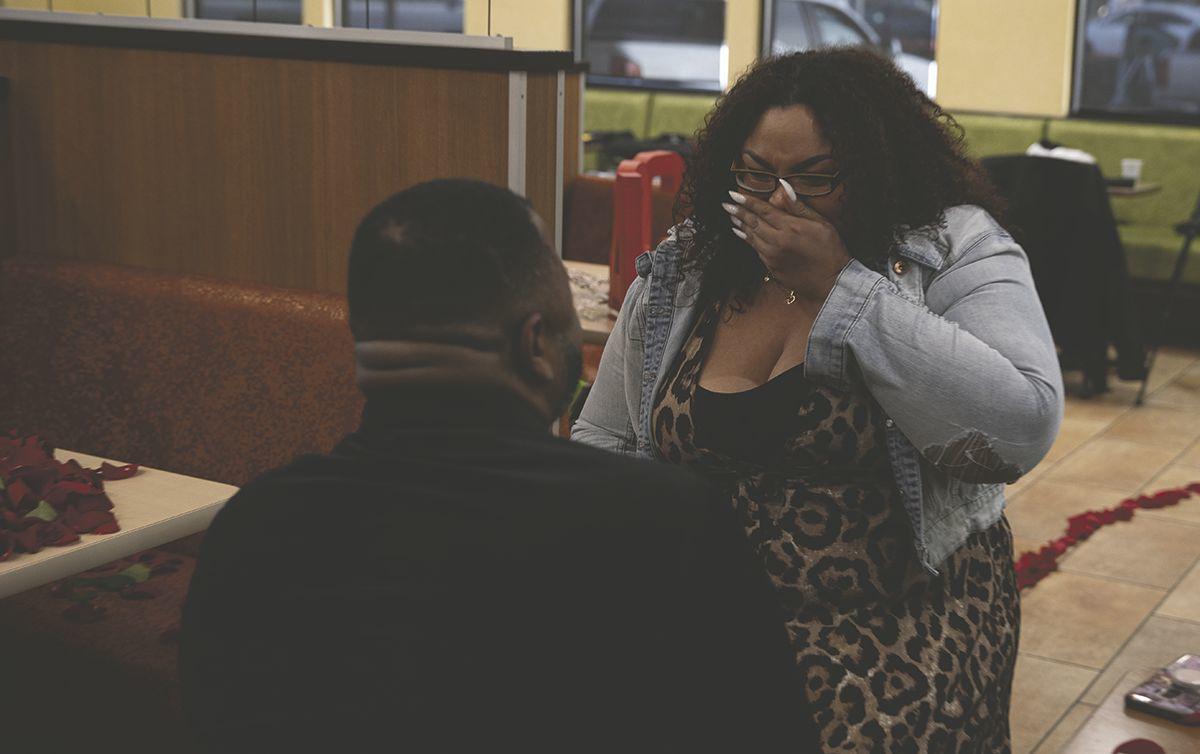 Candice Coward reacts with happiness after Andre Basket proposes to her inside an El Pollo Loco restaurant. 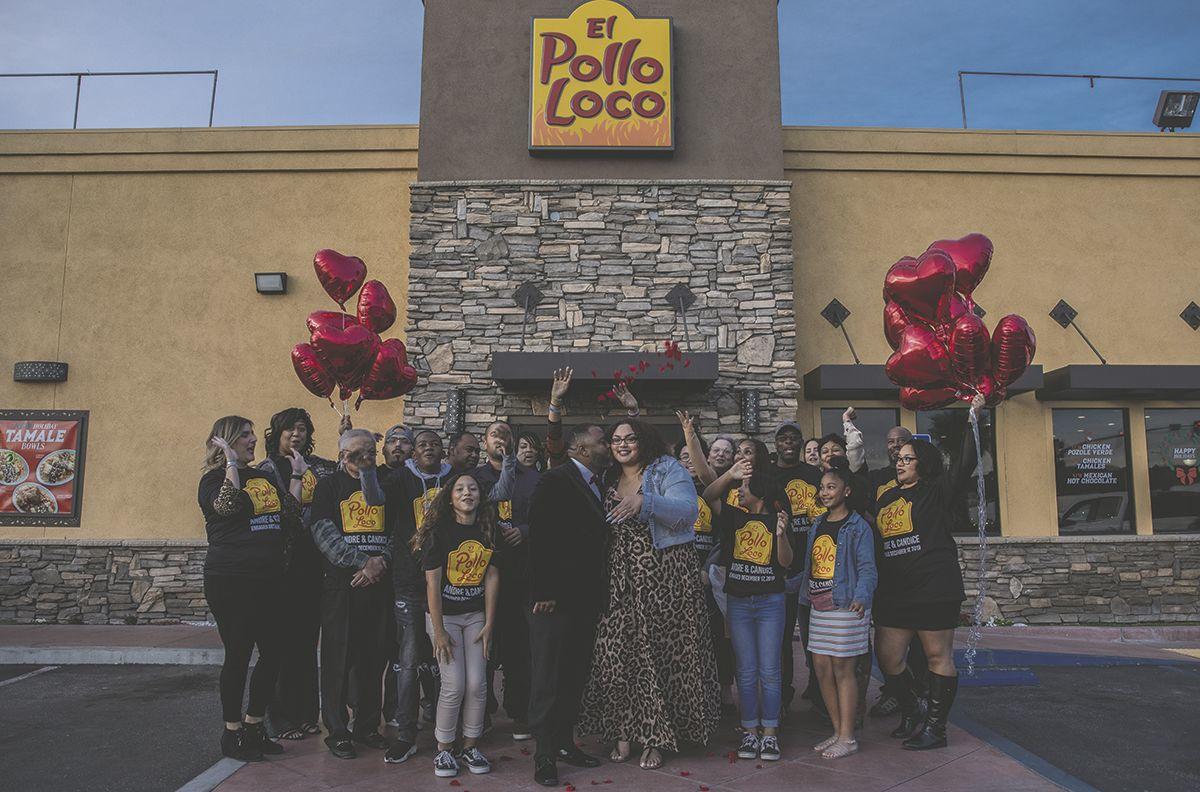 Candice Coward and Andre Basket stand in front of the El Pollo Loco restaurant in San Bernardino with the employees.

Candice Coward reacts with happiness after Andre Basket proposes to her inside an El Pollo Loco restaurant.

Candice Coward and Andre Basket stand in front of the El Pollo Loco restaurant in San Bernardino with the employees.

On Dec. 17, 2018, Andre Basket and Candice Coward were both eating at El Pollo Loco on Harriman Place in San Bernardino.

Andre was eating his favorite meal, a Wing Lovers, with his cousin, and Candice was eating alone at a booth nearby.

When Andre first laid eyes on Candice, he said he saw the most beautiful woman with an aura out of this world. He knew he had to approach her and ask her out on a date.

Andre walked up to Candice, she agreed to the date, and the rest is history.

On Dec. 17, 2019 -- exactly one year after they met -- Andre proposed to Candice in front of the same booth where they first made eye contact and fell in love at first sight.

Andre came to El Pollo Loco for the Wing Lovers and left with the love of his life.

El Pollo Loco helped Andre pull off an elaborate proposal which will be released on El Pollo Loco’s social media in the next few weeks.

Here is a preview video:

What should happen to the officers involved in the death of George Floyd?