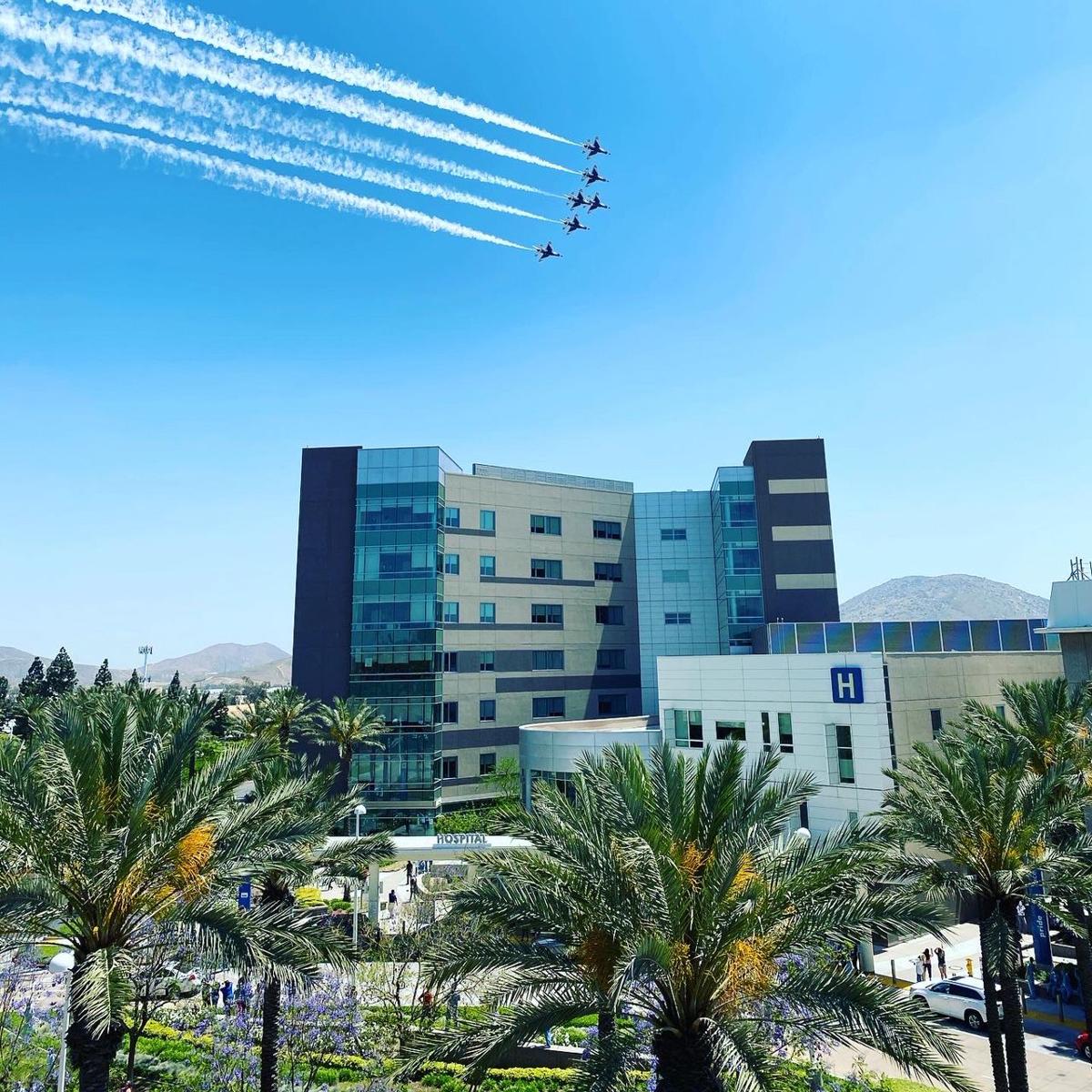 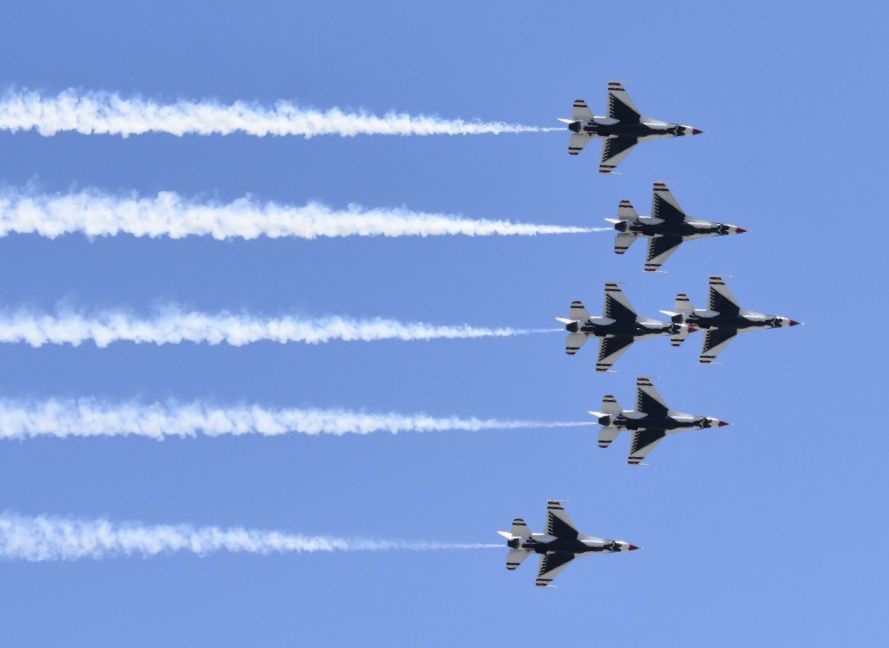 Healthcare workers at Kaiser Permanente Medical Center in Fontana had a chance -- very briefly -- to see a spectacular flyover by the U.S. Air Force Thunderbirds on May 15.

Six F-16 Fighting Falcons sped over the hospital in precise formation at about 2 p.m., drawing cheers from the onlookers below.

It was the final formation flight of the day for the Thunderbirds, which soared over dozens of hospitals in Southern California as a tribute to all frontline first responders.

“It is an honor for our team to salute the countless Californians who have committed to keeping the communities safe during this difficult time in our nation,” said Lt. Col John Caldwell, Thunderbirds commander and leader, in a news release.

A Blue Angels flyover costs about $450,000; this was likely at least as much. That money would but a lot of N95 masks, or would go a long way towards stocking a local food pantry.

The 5G networkis currently on the rise and could be marketed on the 2020 horizon. Compared to 4G LTE technology, 5G is intended to achieve extremely fast internet and every high speed and low power of computer Science.

What should happen to the officers involved in the death of George Floyd?