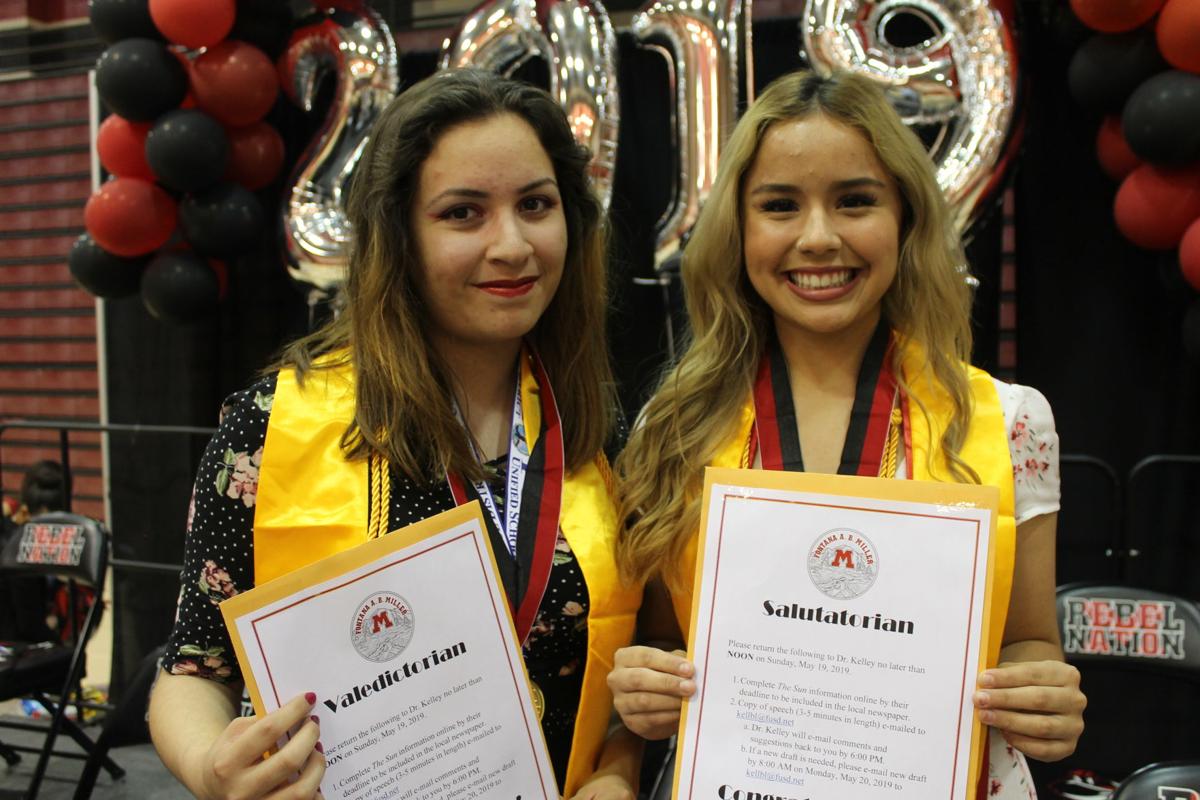 Maritza Padilla (left) was named the valedictorian and Journey Sepulveda was the salutatorian at Fontana A.B. Miller High School. 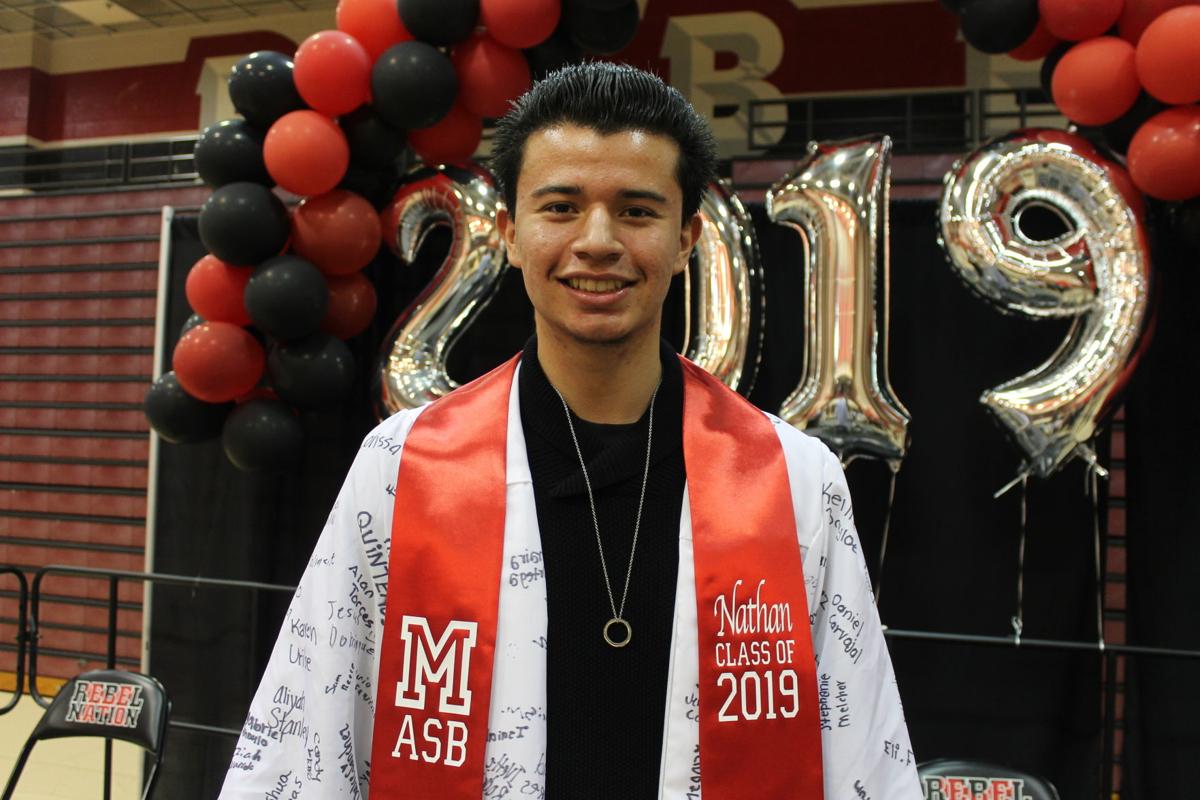 Maritza Padilla (left) was named the valedictorian and Journey Sepulveda was the salutatorian at Fontana A.B. Miller High School.

Maritza Padilla was very surprised and delighted to receive the highest honor at Fontana A.B. Miller High School on May 17.

"I can't believe it!" she said, after being named the valedictorian of the Class of 2019. "I didn't think I would make it this far, because I had to overcome some obstacles."

But with the encouragement and support provided by many people -- including her mother, sister, and boyfriend -- Padilla achieved a 4.6 GPA and received a $20,000 scholarship from the Dell Foundation.

In the fall, she will be attending UC Santa Cruz and majoring in computer science.

"It's exciting to be the salutatorian," Sepulveda said. "I've always wanted to be one of the top students and to be able to speak at the graduation ceremony."

Both Sepulveda and Padilla were very dedicated to their studies, even taking classes at Chaffey College in addition to their AP classes at Miller.

Also during the Senior Awards Night, Nathan Sanchez was given the Renaissance Award for being the most inspirational senior at the school. Sanchez will be attending UC Riverside and majoring in electrical engineering.