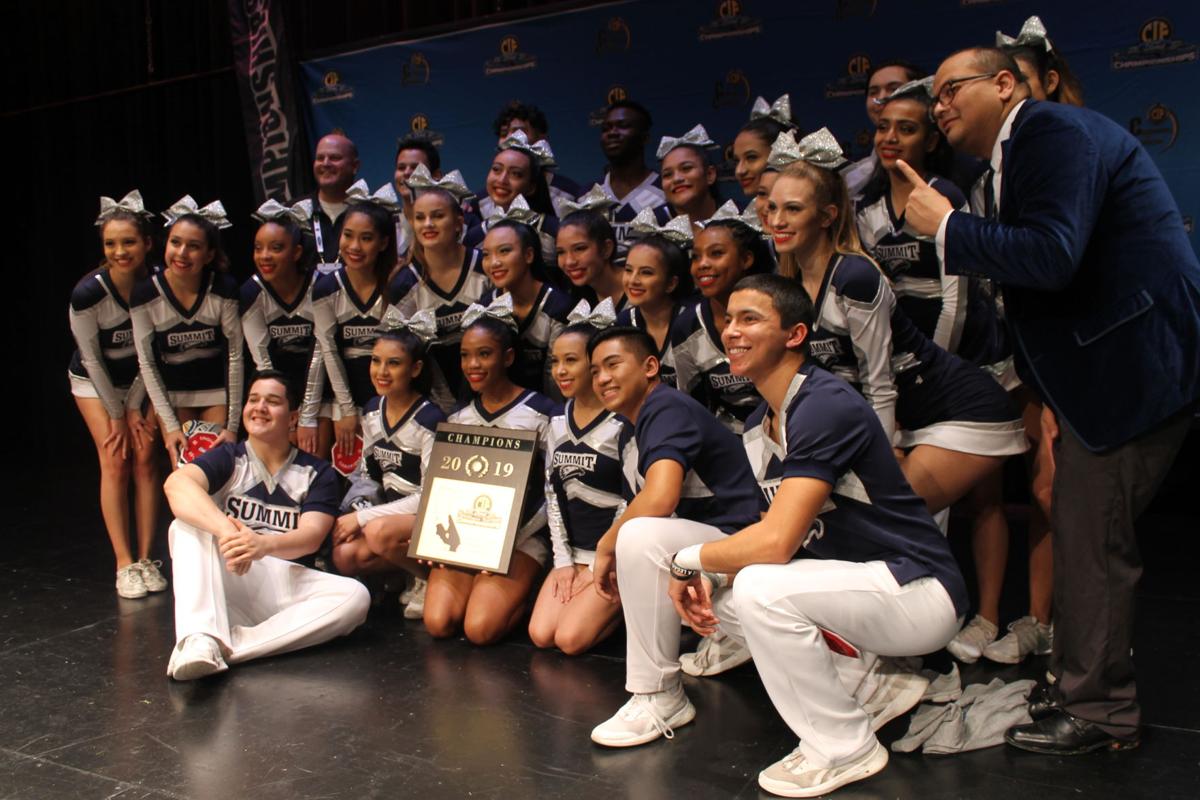 The Summit cheerleaders pose for a photo after winning the CIF championship in Division 2 at the first-ever CIF Southern Section Cheerleading Championships on Jan. 12. 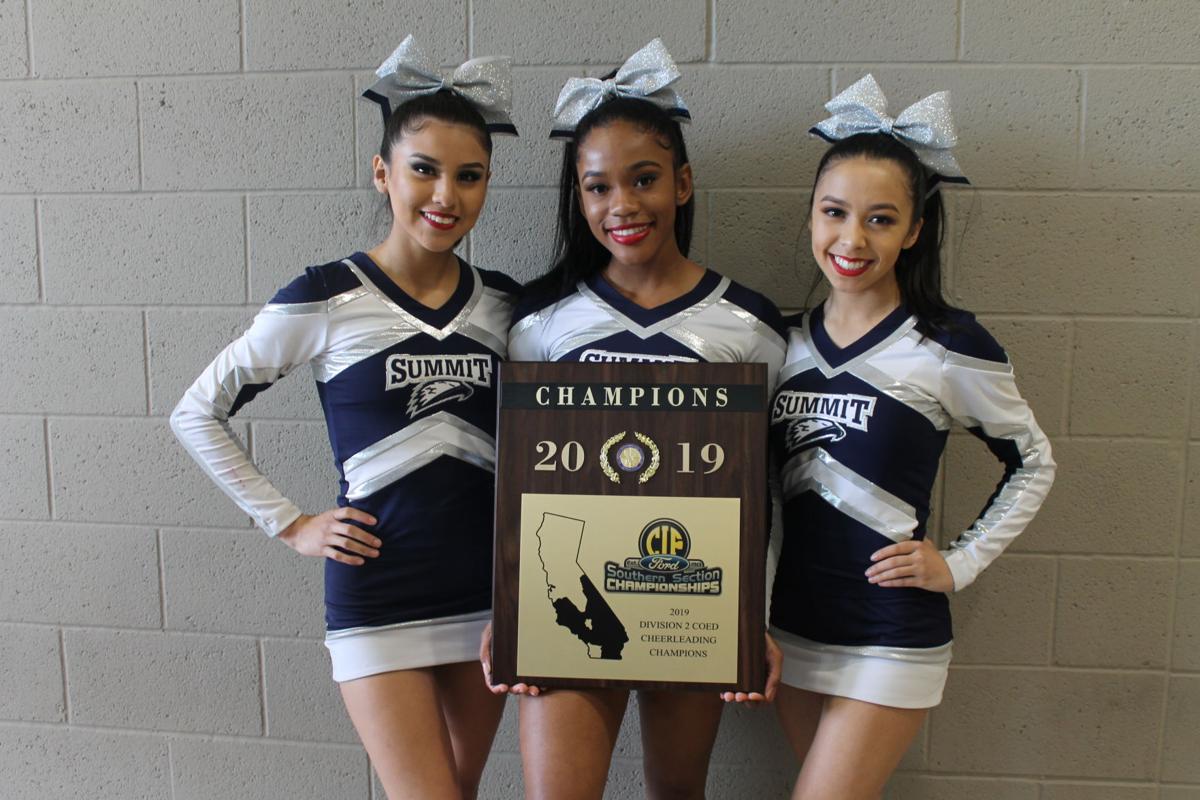 The Summit cheerleaders pose for a photo after winning the CIF championship in Division 2 at the first-ever CIF Southern Section Cheerleading Championships on Jan. 12.

"I'm excited that we made history for the city of Fontana," said Jesse Cerda, the Summit cheer coach. "Our kids were amazing today. They definitely have heart and they showed it out there."

The team captains said the SkyHawks' dedication to perfecting their skills led to the attainment of the No. 1 plaque.

"We worked so hard for this, and I'm so proud of my team and my coaches for really pushing us toward this championship," said Hallee Hayes.

Vanessa Garcia agreed. "We really pushed hard this week. It was a very stressful week; we did a lot of changes and new things," she said.

The result was quite positive: Summit turned in a dazzling performance and was not penalized with any deductions by the judges, thereby triumphing over second-place Santa Rosa. Another Fontana school -- Kaiser -- also participated in the Division 2 competition.

Now the SkyHawks are looking to climb even greater heights; they will be traveling to Florida in February to take part in the prestigious UCA National High School Cheerleading Championship.