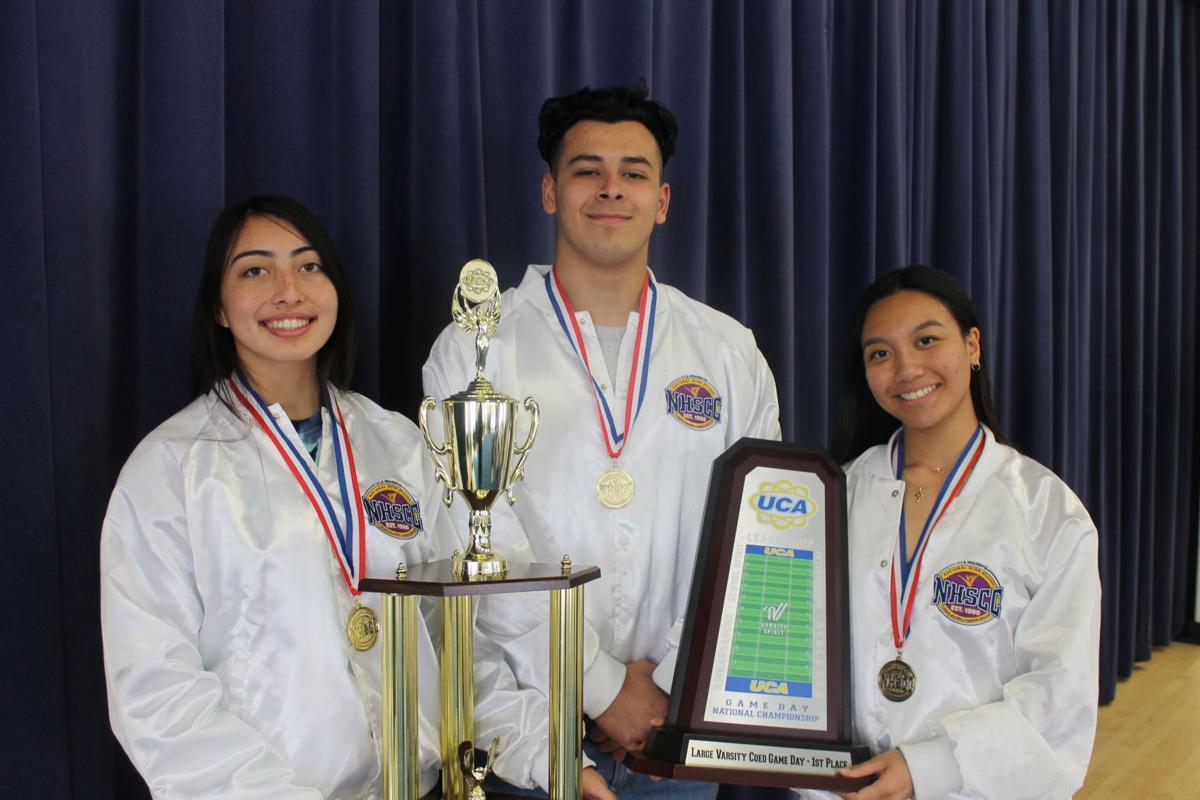 Summit cheer captains Jayleen Cruz, Julian Cabrera, and Michelle Pham smile with the trophies that the SkyHawks won in Florida. 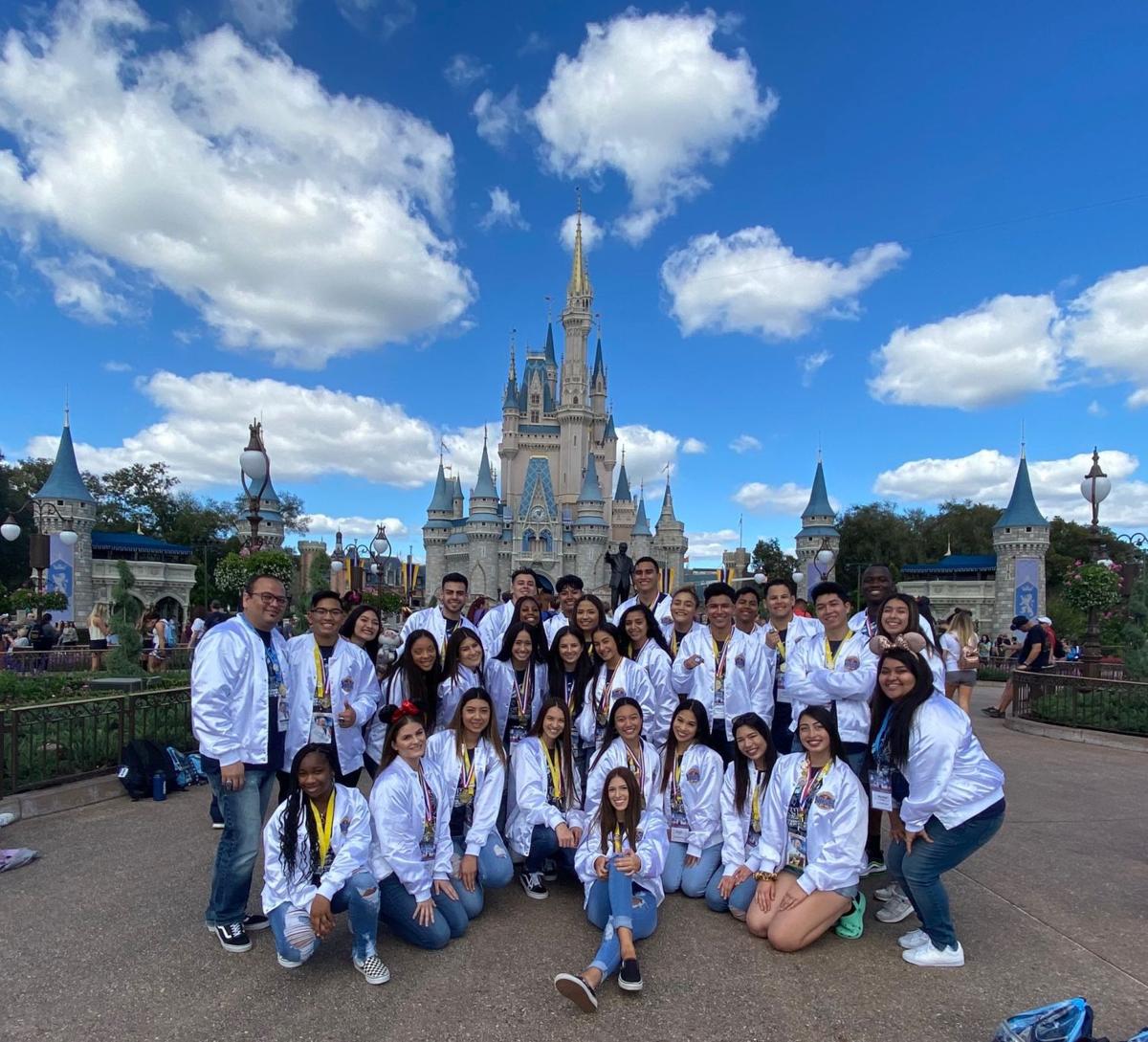 Summit cheer captains Jayleen Cruz, Julian Cabrera, and Michelle Pham smile with the trophies that the SkyHawks won in Florida.

The Summit High School cheer squad has enjoyed a decade of tremendous success, but now the SkyHawks have soared to their greatest heights ever.

On Feb. 7, the Summit team achieved first place in the UCA National High School Cheerleading Championship in Florida, the most prestigious cheerleading competition in the country.

The SkyHawks won the national title in the Large Co-Ed Game Day division, and they also competed in a second division and took sixth place in the Traditional Show Cheer Medium Co-Ed category.

"Just making finals in both of those divisions was a huge accomplishment," said coach Jesse Cerda. "Our kids performed really well and they fought for every point on that floor, and it was exciting that they got rewarded for it."

In 2019, the SkyHawks took third place at the Florida event, and acquiring first place this year was extremely gratifying for the team's senior captains.

"It was truly a unique, once-in-a-lifetime experience," said Jayleen Cruz. "I've been on the team for four years and we've all been waiting for this moment."

"We faced a lot of adversity this year, but I think that the team really pushed through, and I couldn't be a prouder captain," said Michelle Pham.

Julian Cabrera agreed that the SkyHawks have done a fine job of overcoming many hardships.

"Everything that we've gone through motivated us to make that extra push to get this really big achievement," he said.

Back in January, Summit was the overall winner at the CHEERpros California State Grand Championships.

And now this weekend (Feb. 14-16), the SkyHawks will be participating in the USA Spirit Nationals in Anaheim. Summit has performed very well at this event over the years, including five straight first-place finishes in 2012-2016.