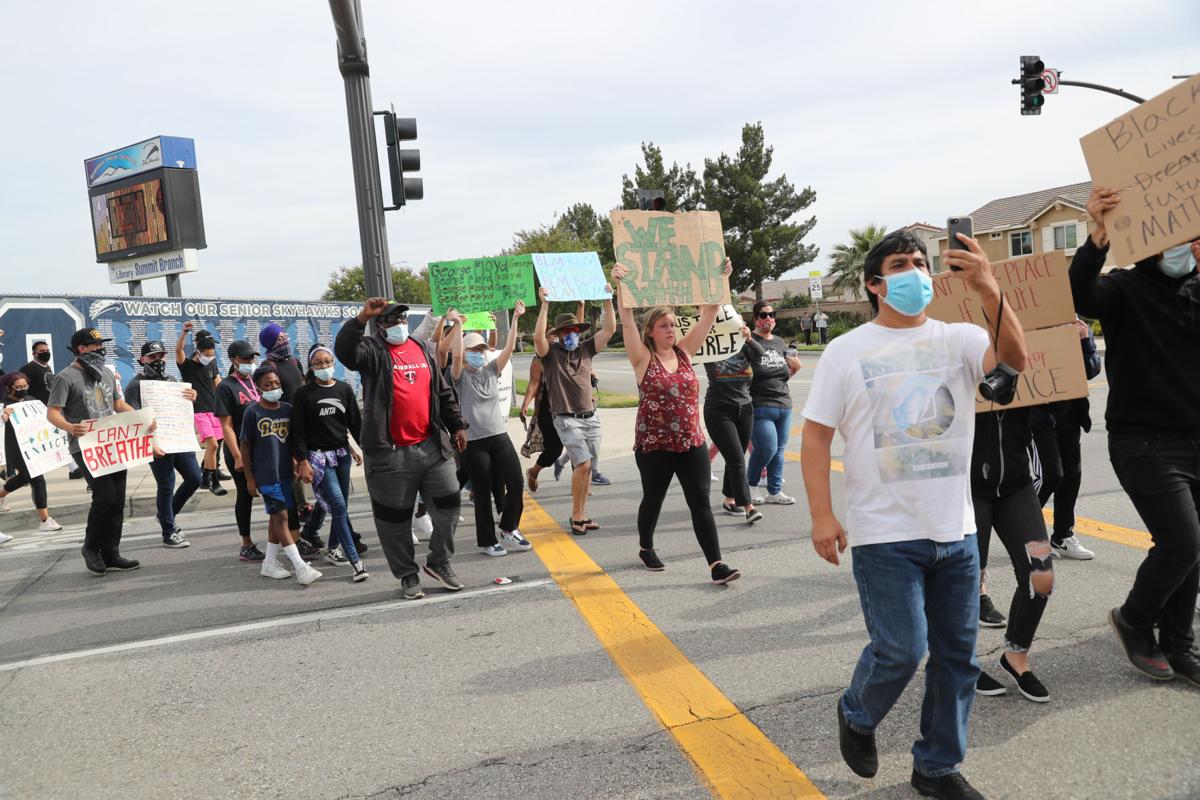 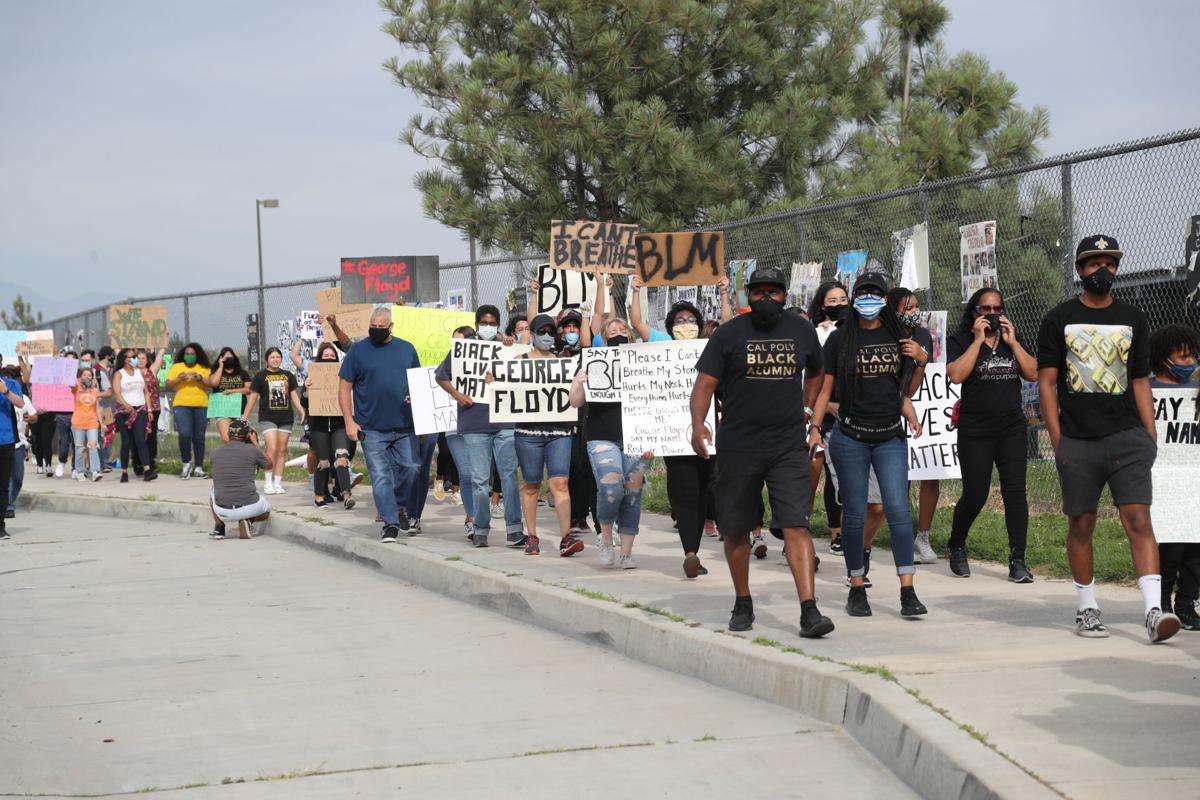 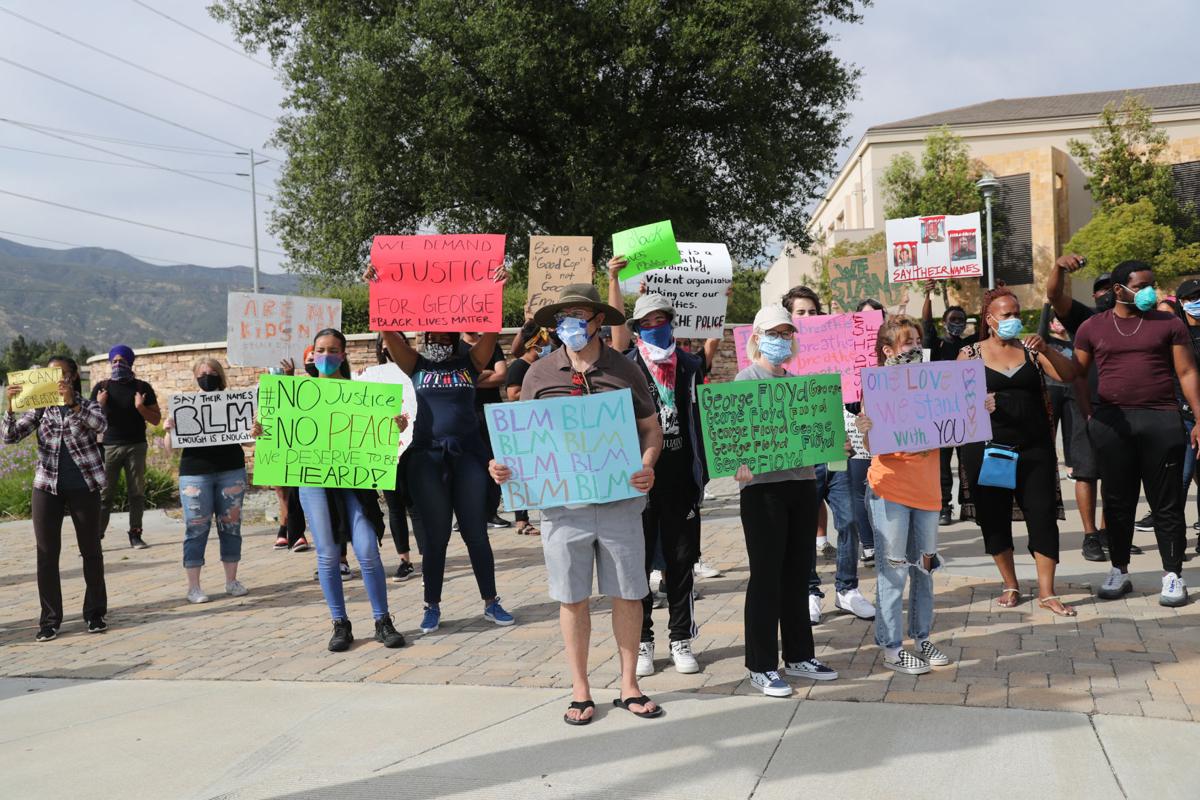 A group of about 100 people gathered for a peaceful protest in northwestern Fontana on the afternoon of June 1 as a heavy police presence waited at a shopping center one block away.

The protest began at 4:30 p.m. on the corner of Summit Avenue and Lytle Creek Road and was being held in memory of George Floyd, a Minnesota man who died after a Minneapolis police officer knelt on his neck on May 25.   News of the tragedy has triggered nationwide protests that have been followed by violence in many cities.

Several Fontana Police Department vehicles and a police helicopter were at the nearby Target shopping center while the previously planned protest took place.  No disturbances were reported in the area.

The city was under a curfew on both May 31 and June 1, and now a curfew has been enacted for Tuesday, June 2 from 6 p.m. to sunrise on Wednesday, June 3.

In response to the curfew, several Fontana residents expressed their concerns about protests and the possibility that violence could follow.

Said Emily JoLynn Ellis on the City of Fontana's Facebook page: "It is our constitutional right and duty to protest and overthrow things that we do not find just. Police brutality is not just."

Cheryl Gray Peterson responded: "I see the videos that come out of Fontana. Are you proud of that? My husband worked for city government for over 25 years, and this is just irresponsible to the max, to encourage or support protests."

Jennifer Draper said: "The day we are not allowed to protest is the day we lose our democracy."

Julie Flinn posted: "I heard the reason for the curfew is to get the peaceful protesters and general public home, and the looters of course will not comply and the police and national guard can better control those people."