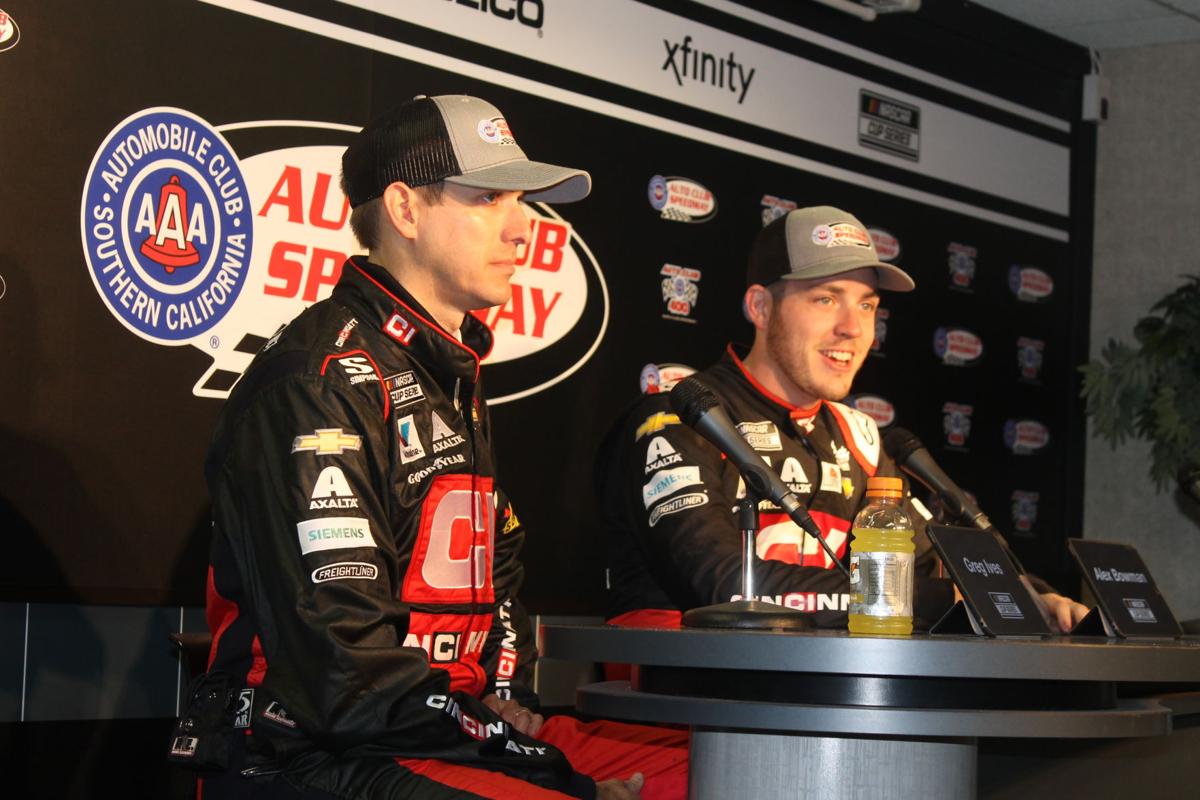 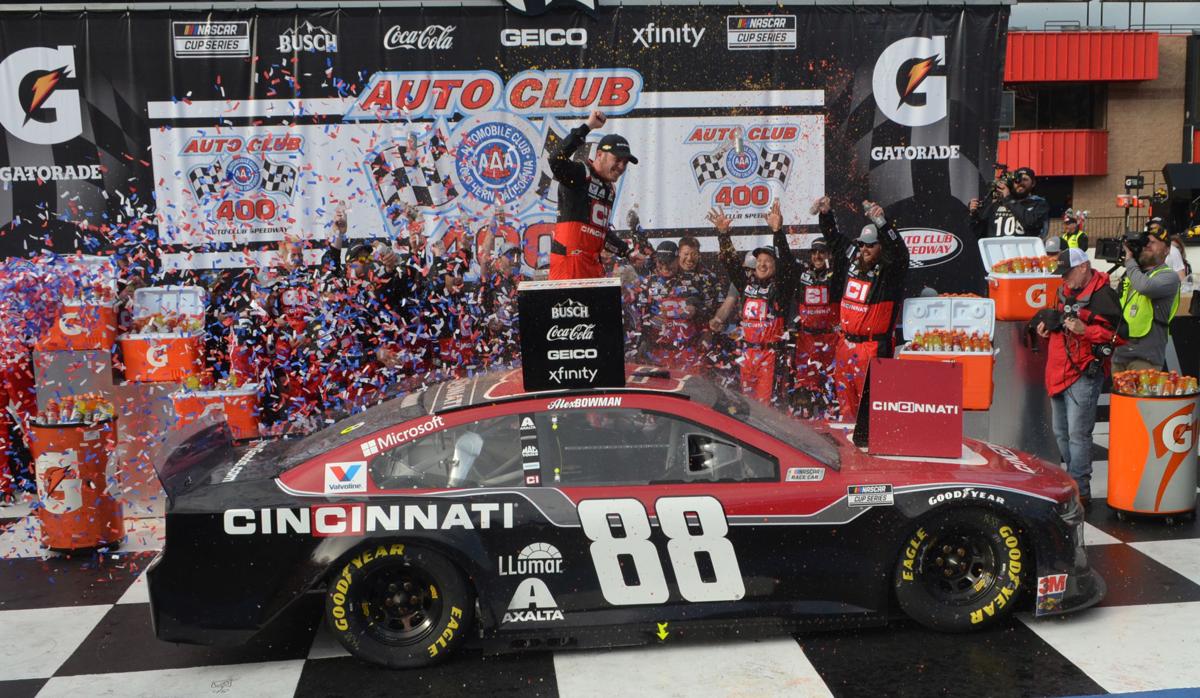 On a day that was billed as a tribute to veteran NASCAR superstar Jimmie Johnson, it was Alex Bowman -- Johnson's young teammate at Hendrick Motorsports -- who completely overshadowed everyone else at Auto Club Speedway.

It was the 26-year-old Bowman's second victory in 156 NASCAR Cup Series races, and his first Top-10 finish in five races at the Fontana track.

Indeed, he completely dominated the race, posting an average speed of 170.184 mph and finishing far in front of second-place Kyle Busch, who was the winner in Fontana last year.

Johnson, a Southern California native who plans to retire from full-time racing after this year, ended up in seventh place.

Bowman, who is from Arizona, also had a connection to Southern California, having participated in quarter-midget racing in Pomona as a youth.

"Went there every week, met a lot of great friends and I know a lot of you guys were here," he told the crowd after the race.

The driver of the No. 88 Chevrolet said that he and his friends in the rock band Underoath made an unusual pact earlier this year.

"I promised my buddy, Aaron (Gillespie, the group's drummer), that we would get matching 88 tattoos if I won, and I think I have to go get a tattoo now, but that will be a good time," he said.

Ryan Blaney gave Bowman a challenge during the race and was in second place until tire problems forced him to pit with just three laps to go, pushing him down to 19th.

How are you staying cool during the hot summer days?