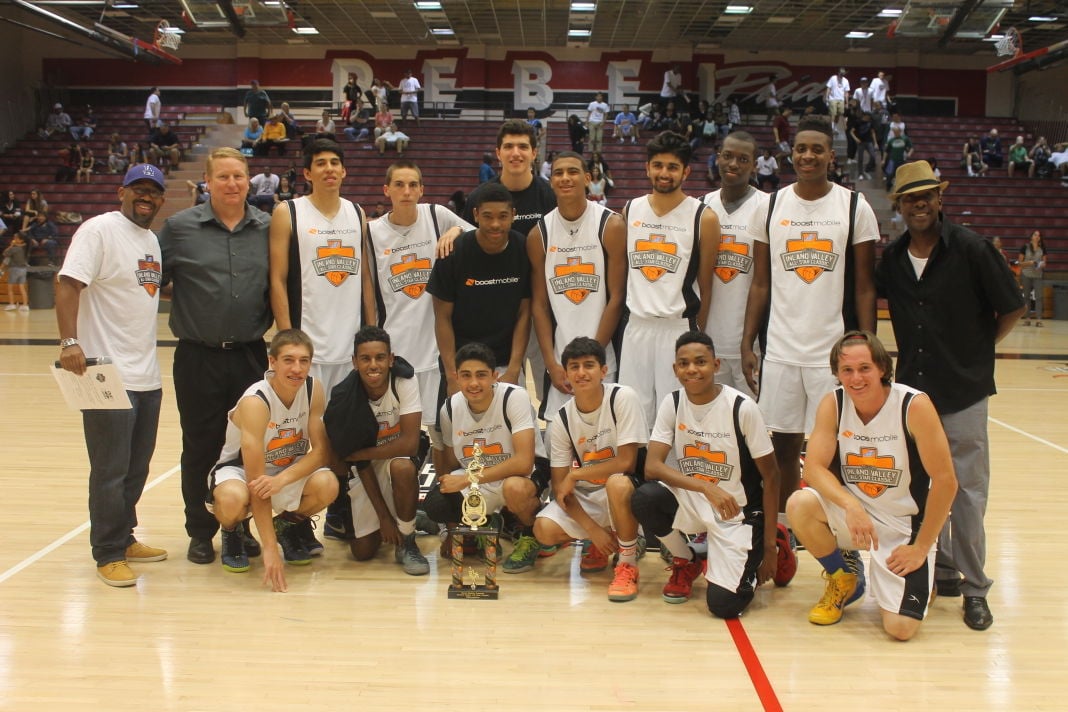 The "White" all-star team gathers for a photo after defeating the "Blue" team in the Inland Valley All-Star Classic at Fontana A.B. Miller High School. 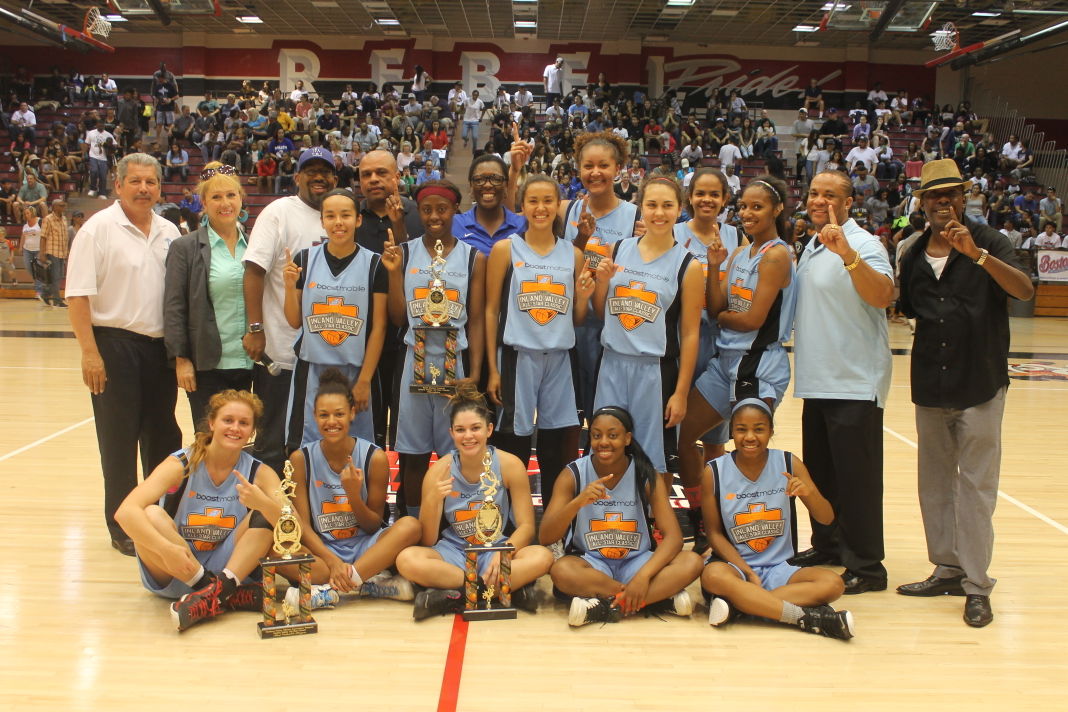 The "Blue" all-star players, joined by coaches, game organizers, and sponsors, smile after their win in the Inland Valley All-Star Classic.

The "White" all-star team gathers for a photo after defeating the "Blue" team in the Inland Valley All-Star Classic at Fontana A.B. Miller High School.

The "Blue" all-star players, joined by coaches, game organizers, and sponsors, smile after their win in the Inland Valley All-Star Classic.

Prep basketball fans certainly got their money's worth when they attended the Inland Valley All-Star Classic on April 19.

Both of the games, which featured some of the top senior players in the area, were down-to-the-wire thrillers.

And as a bonus for local fans, several participants from schools in Fontana turned in good performances during the event at Fontana A.B. Miller High School.

In the girls' game, the "Blue" team, coached by Bethel Trice of Jurupa Hills High School, pulled off a great comeback to edge the "White" squad, 66-63.

"I think the game was awesome," Trice said with a big smile. "The girls played hard and they followed directions. There were players on both sides who were very good, but I really liked my girls."

For the White team, Tanika Stephenson of Miller scored 7 points, all on free throws, to help boost her squad to a 40-28 halftime lead.

But Trice instituted a full-court press which sparked the Blues in the second half. Gonzalez scored two straight baskets, one coming after she stole a pass, to ignite the rally.

"It was a fantastic game," said von Pertz, who has built a successful program at Upland Christian. "They were all all-stars; everybody could have been an MVP tonight, on both teams."

Von Pertz, who is from Fontana, said he was very pleased that John Romagnoli, the athletic director at Miller, was able to host the game at the Rebels' gym.

"It's great being back here at Miller," he said. "My sons went to school here; they both played varsity basketball. I coached football at this school with coach (John) Tyree."

Arjun Solanki of Summit High School was a member of the White team, while Roberto Rosas of Jurupa Hills, Dashawn Faison of Miller, and Henry Norman of Kaiser played for the Blues.

Norman scored 9 points in a strong effort, including a dunk which resulted from a pass he stole at midcourt. Faison cashed in 2 points during the game.