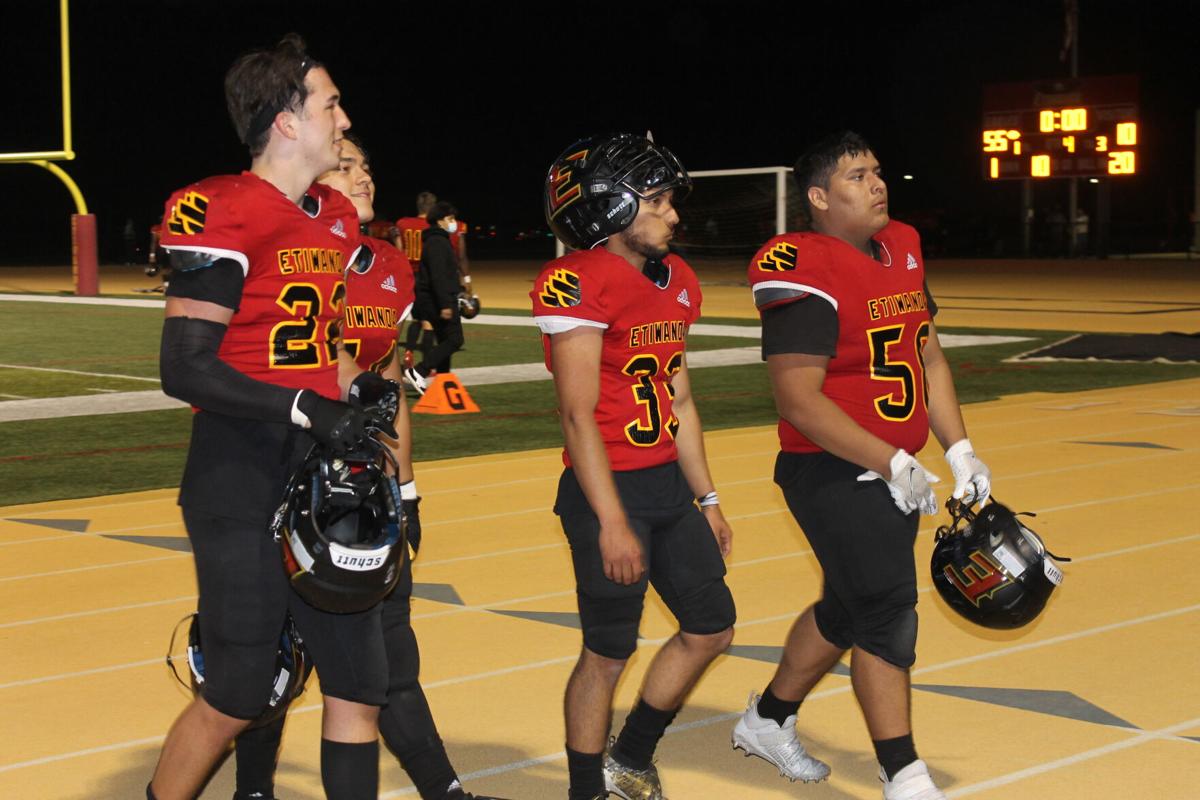 Etiwanda football players walk off the field to greet their family members after their 55-10 rout of Los Osos. 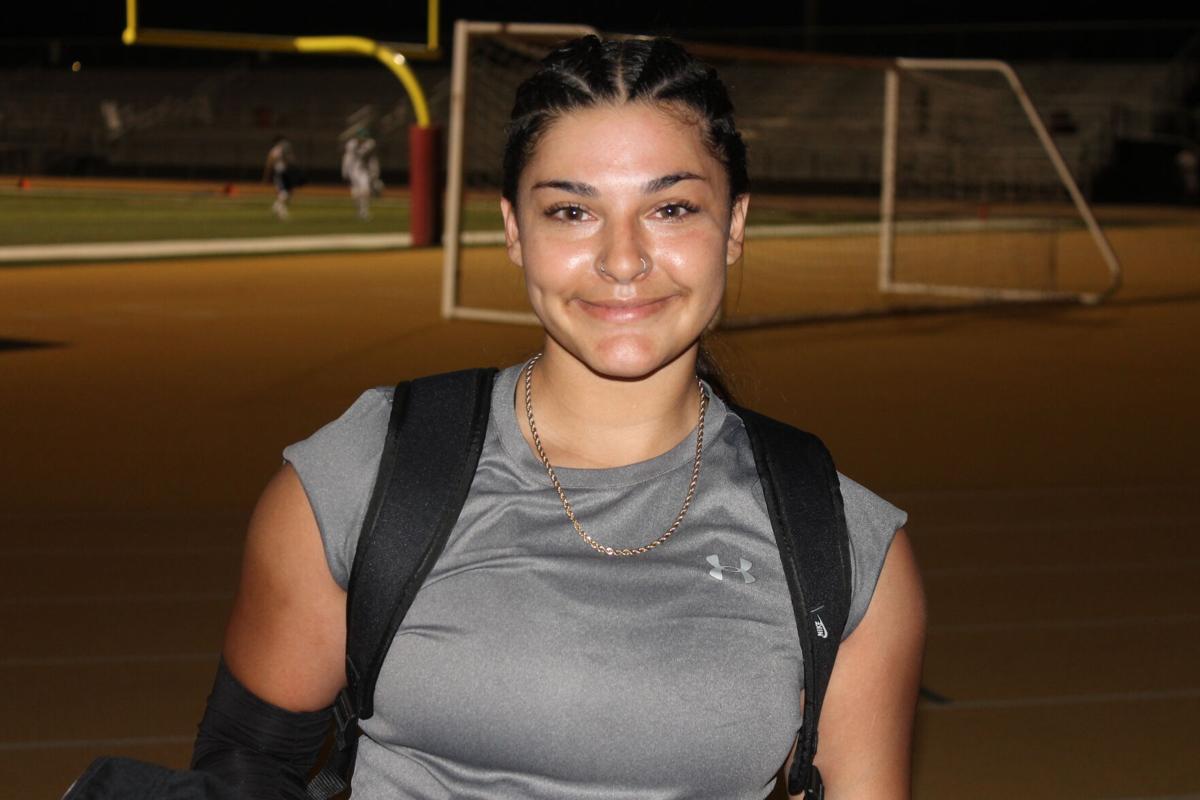 Etiwanda's Samantha Varona, a junior running back, smiles after the Eagles' win over Los Osos.

Etiwanda football players walk off the field to greet their family members after their 55-10 rout of Los Osos.

Etiwanda's Samantha Varona, a junior running back, smiles after the Eagles' win over Los Osos.

Santana Zuniga returned two punts for touchdowns, Zachary Congalton threw two touchdown passes, and Jordan Williams was spectacular while running and catching the football as the Eagles breezed to a 48-0 halftime lead.

The Eagles' dominance began on their opening drive.  Three lengthy carries by Williams, including a 32-yarder, set up a 1-yard TD by Demonte Swift.

The Etiwanda defense then stifled Los Osos, forcing a punt.  Zuniga accepted the kick and sped 67 yards to the end zone for a 14-0 lead.

A few minutes later, Congalton flipped a short pass to Williams, who dashed 47 yards to the 2-yard line.  From there, Swift went in for another score to boost the margin to 21-0 after one quarter.

In the second period, Congalton completed touchdown passes of 45 yards to Norbert Espadron and 35 yards to Williams, and Zuniga brought back another punt 64 yards to paydirt.

A 3-yard run by Julian Walker gave Etiwanda its final TD of the half.

The Etiwanda offensive line was outstanding throughout the game, ensuring that the Eagles would never be forced to punt.

The Etiwanda reserves enjoyed some playing time in the second half, which was highlighted by the efforts of Samantha Varona, a junior running back who carried the football for good yardage.