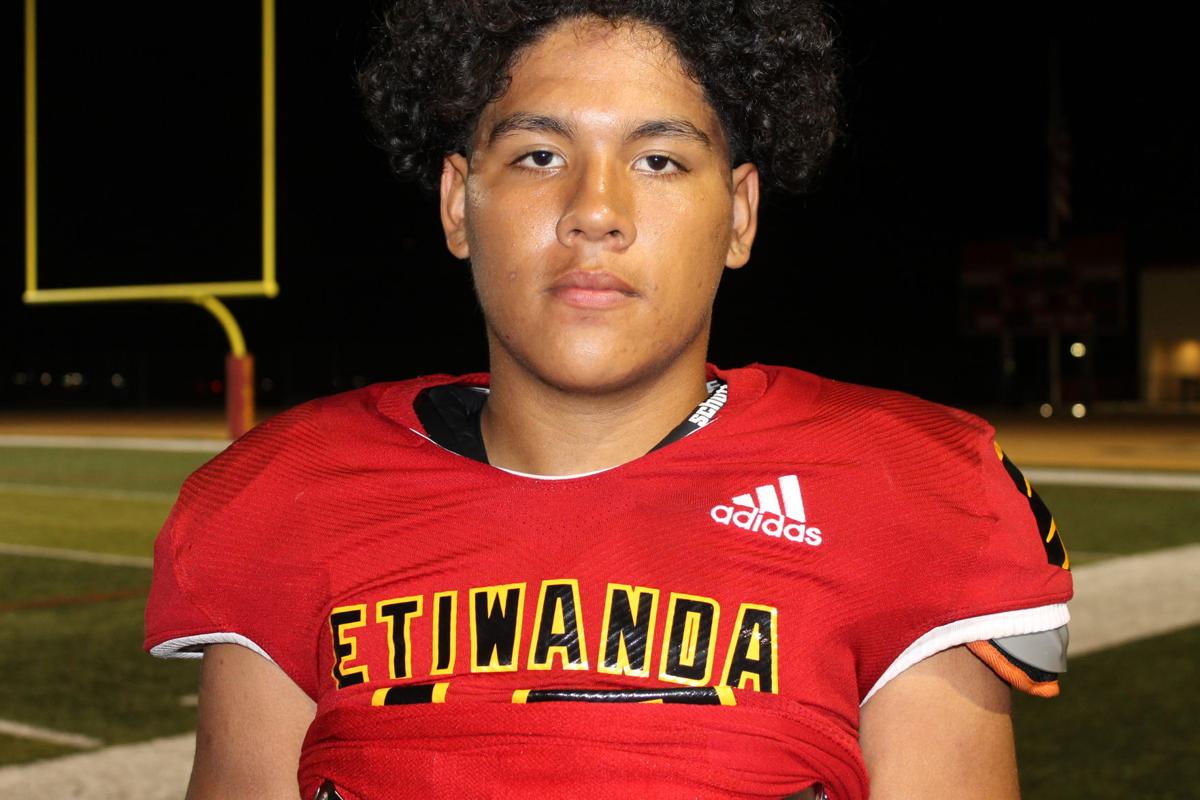 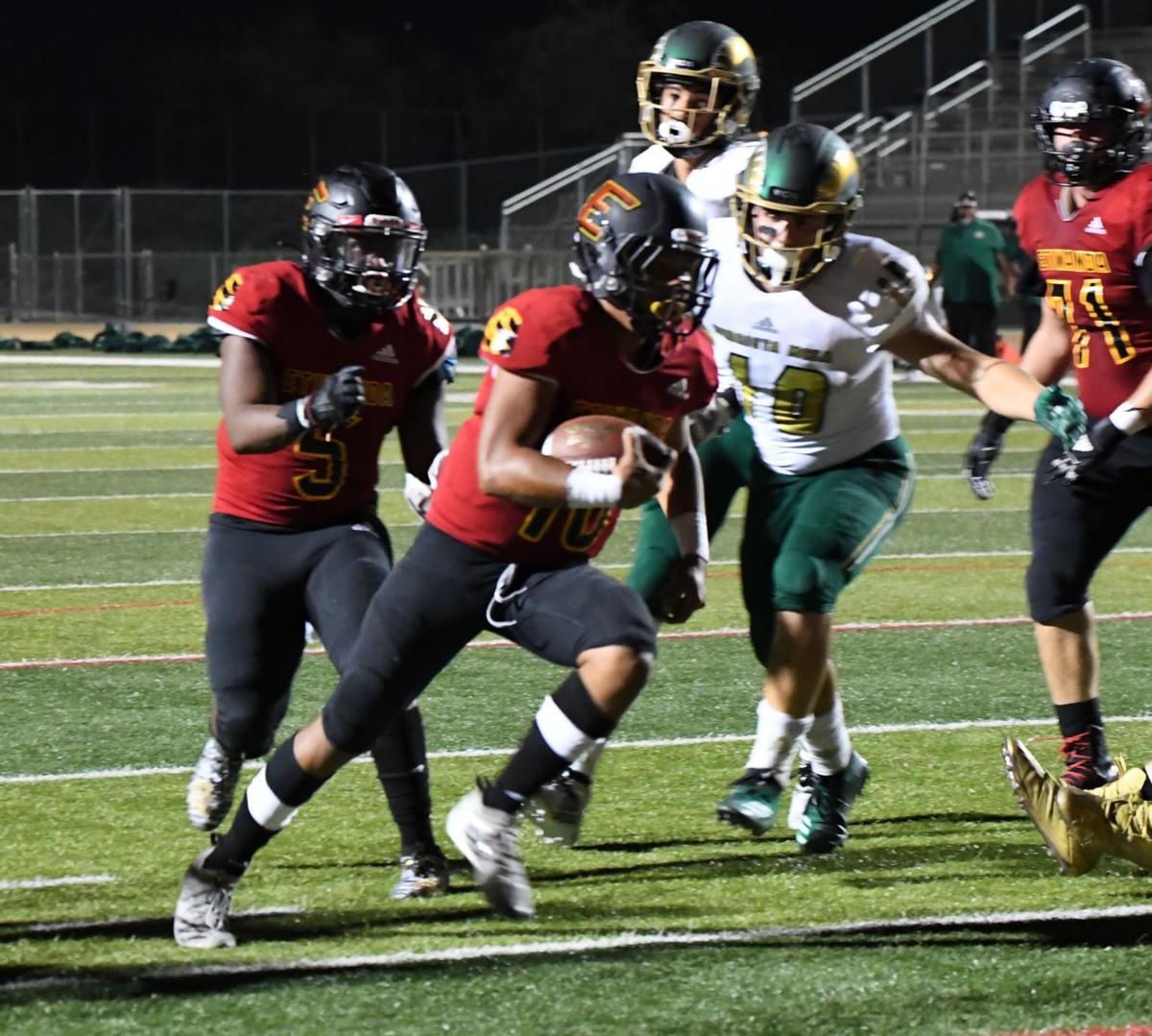 Quarterback Isaiah Vasquez runs in for the winning touchdown in overtime for the Etiwanda Eagles in their game against Murrieta Mesa.  (Contributed photo by Kevin N. Keith)

Quarterback Isaiah Vasquez runs in for the winning touchdown in overtime for the Etiwanda Eagles in their game against Murrieta Mesa.  (Contributed photo by Kevin N. Keith)

For fans of Etiwanda High School's football team, it doesn't get more exciting than this.

One week after the Eagles rallied in the fourth quarter for a 21-18 win over Heritage in their season opener, they pulled off an even more dramatic victory against Murrieta Mesa.

Quarterback Isaiah Vasquez ran for a 3-yard touchdown in overtime as the Eagles (who were trailing by 14 points in the fourth quarter) achieved a spectacular 42-35 triumph at the Etiwanda field on Aug. 31.

"It was a great team win, and there's always room to get better," said Vasquez, a sophomore who threw for one touchdown and rushed for a pair of scores.

Jerry Brown ran for three touchdowns for the Eagles, who led 21-20 at halftime but then fell behind, 35-21, in the third period.

Vasquez brought Etiwanda back in the fourth stanza with a 35-yard TD completion to Jordan Williams.

Then the Eagles regained possession and marched downfield with the help of a 20-yard pass to Williams. In the final minutes of regulation, Brown surged into the end zone from 1 yard out, tying the score at 35-35.

In the OT, Etiwanda had the ball first, and the Eagles moved forward thanks to a 16-yard pass to Devanti Dillard.

On fourth down and goal from the 3, the Eagles cashed in a "broken play," Vasquez said. He was supposed to hand the ball off, but instead he kept it and dashed straight through a huge hole created by his offensive linemen for the go-ahead touchdown.

Murrieta Mesa then had its chance to come back, but an interception ruined the visitors' hopes.

"Our defense made some key stops," said Vasquez, whose team picked off two passes and recovered a fumble.

In the first half, Etiwanda was down 7-0 before tying the score on a 2-yard run by Brown.

The Eagles, guided by new coach Nick Baiz, took the lead in the back-and-forth duel thanks to a 3-yard keeper by Vasquez.

After Murrieta Mesa went up, 20-14, Etiwanda came back with a 1-yard TD by Brown that was set up by a big reception by Dillard, giving the home team a 1-point advantage at the half.

Etiwanda kicker Vicente Garcia was successful on all 6 of his PAT attempts.

Etiwanda's next non-league game will be at Carter on Friday, Sept. 6.