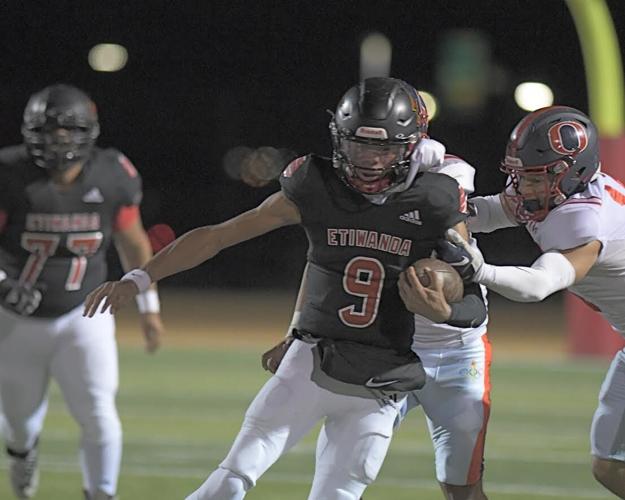 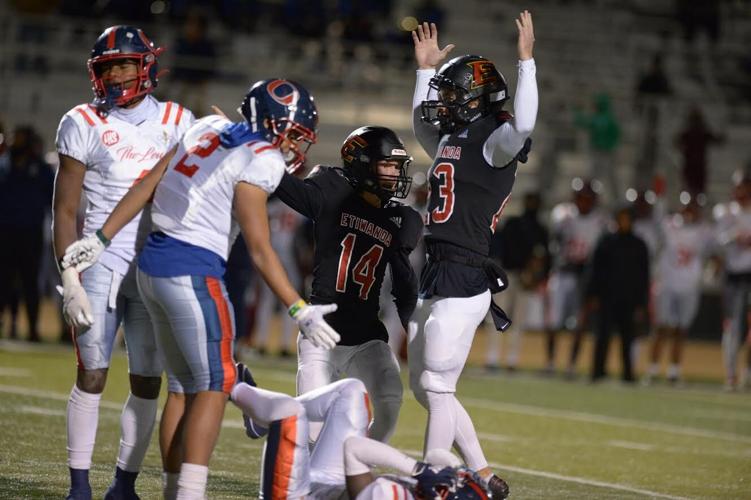 Justin Ludovico celebrates after kicking his third field goal of the game in Etiwanda's win over Leuzinger. (Contributed photo by Jerry Soifer)

Justin Ludovico celebrates after kicking his third field goal of the game in Etiwanda's win over Leuzinger. (Contributed photo by Jerry Soifer)

Thanks to a thrilling, last-minute victory in the semifinal round, the Etiwanda football team is on its way to the CIF championship game.

Dermaricus Davis completed a 5-yard touchdown pass to Jaden Landrum with 1:19 remaining to give the Eagles a 22-21 win over Leuzinger in the semifinal round on Nov. 18.

Etiwanda has now won four straight games thanks to a high-powered offense, but the Eagles will have to deal with a strong St. Francis squad which outscored Aquinas 52-35 in its semifinal matchup.

Against Leuzinger, the Eagles trailed 14-13 at halftime before taking the lead in the third quarter on Justin Ludovico’s third field goal of the game, 16-14.

Leuzinger rallied to go ahead 21-16, but the Eagles came through with a dramatic drive in the final minutes of the fourth quarter, helped by a 22-yard run by Jaymiere McDowell, to push across the winning points.

What did you think about how the election turned out?