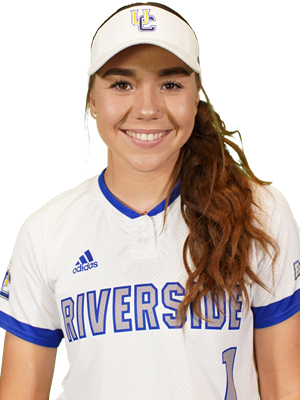 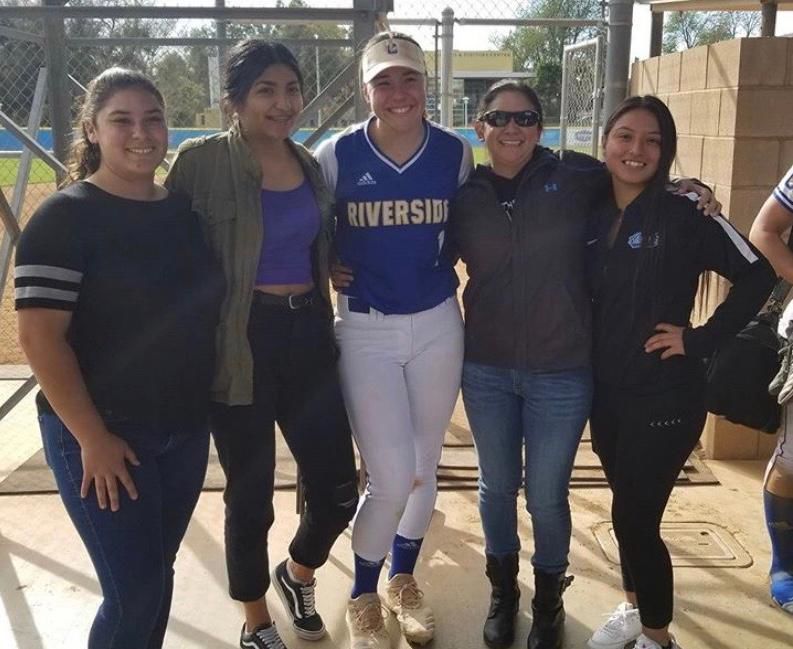 While Marissa Burk was at UC Riverside earlier this year, her former coach at Fontana High School, Leah Rodriguez, and former Steeler teammates Lea Aldana, Stephany Suarez, and Victoria Vasquez stopped by to watch her play.

While Marissa Burk was at UC Riverside earlier this year, her former coach at Fontana High School, Leah Rodriguez, and former Steeler teammates Lea Aldana, Stephany Suarez, and Victoria Vasquez stopped by to watch her play.

Marissa Burk was having a terrific freshman season for the UC Riverside softball team in 2020.

Through the first 25 games, the 2019 Fontana High School graduate was the second-leading hitter on the team with a .364 average.

In fact, she received the Big West Softball Freshman Field Player of the Week award for helping the Highlanders capture the championship of the UCR Classic in early March.

Everything was going very well -- but then came the sudden onslaught of misery caused by the coronavirus, disrupting the sports world and everything else.

"We were just finishing pre-season and were looking forward to the start of conference play when we got the news that rest of our season would be cancelled," Burk recalled.

All sports events (for college, high school, and professional athletes) in California were abruptly called off.

"It was devastating," said Burk, who said she had worked hard for 10 years in order to achieve her goal of performing at the college level. "It was heartbreaking to hear that I would no longer be able to play beside our seniors anymore. We were having such a fun time playing, practicing and just learning together, and we never thought that it would come to an end so quickly and in this way."

Fortunately, the NCAA has announced that all spring sport athletes would be eligible for a one-year extension, and Burk said she would definitely be taking advantage of that opportunity.

Previously, Burk was an outstanding infielder at Fohi, starting all four years and consistently batting over .400. She also excelled in volleyball, sparking the Steelers to the Sunkist League title in her junior season.

Then after graduation, she was excited to join the UCR squad, even though her college experience initially was more difficult than she had expected.

"From the softball practices and weight room, to class and mandatory study hall for freshmen, it was tough and I had to work harder than I’ve ever worked before," she said.

UCR struggled at times during the season, but Burk's powerful hitting was instrumental in helping to boost the team to five straight victories in the UCR Classic, giving the Highlanders a 13-12 overall record.

During that tournament, she batted .500 (8-for-16), scored six runs, and drove in seven runs. She notched three doubles and homered among her eight hits while finishing the week with an .875 slugging percentage.

Burk went 2-for-2 with a home run and three RBI in an 8-0 victory over CSU Bakersfield. She also had two-hit games against Michigan State and Southern Utah.

She then doubled and drove in two runs in UCR’s 8-0 triumph over crosstown rival California Baptist University to clinch the tourney title.

She was delighted that her coach at Fohi, Leah Rodriguez, and former Steeler teammates Lea Aldana, Stephany Suarez, and Victoria Vasquez were in attendance to cheer her on during what turned out to be the final weekend of the season.

Overall for the year, Burk had 24 hits, including two home runs and six doubles. She scored 15 runs and knocked in 12 runs.

Now Burk is waiting anxiously for her chance to rejoin her teammates and get back on the softball field next year.

"We have such a unique and great bond at Riverside," she said. "We are truly a family and care about each other immensely."