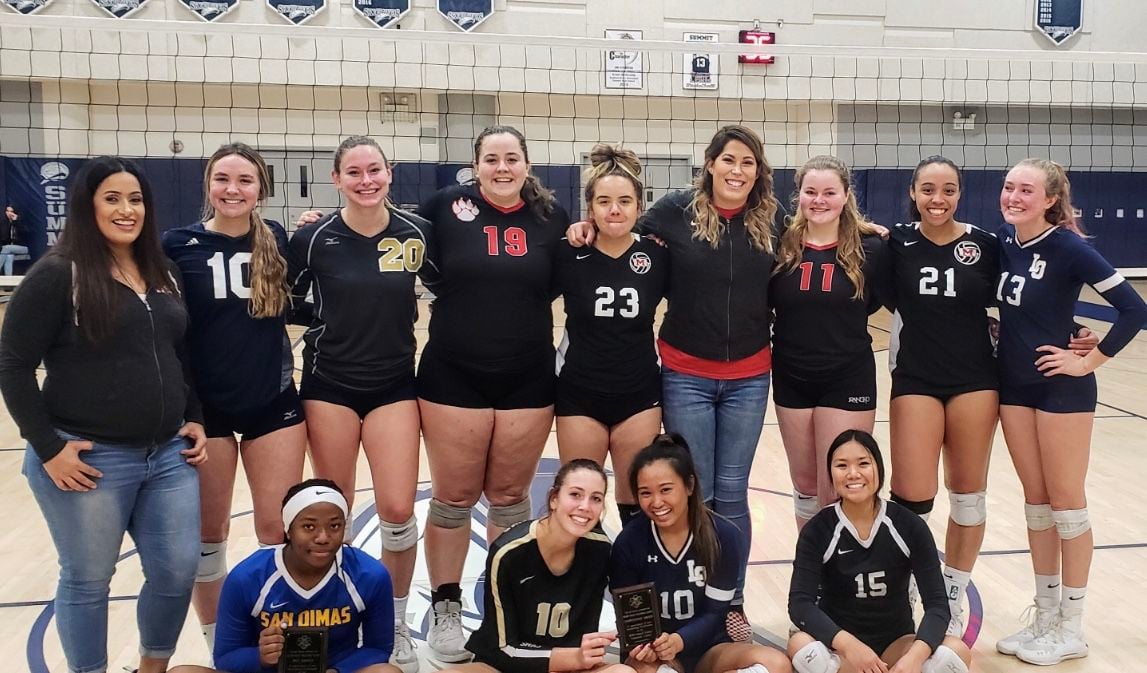 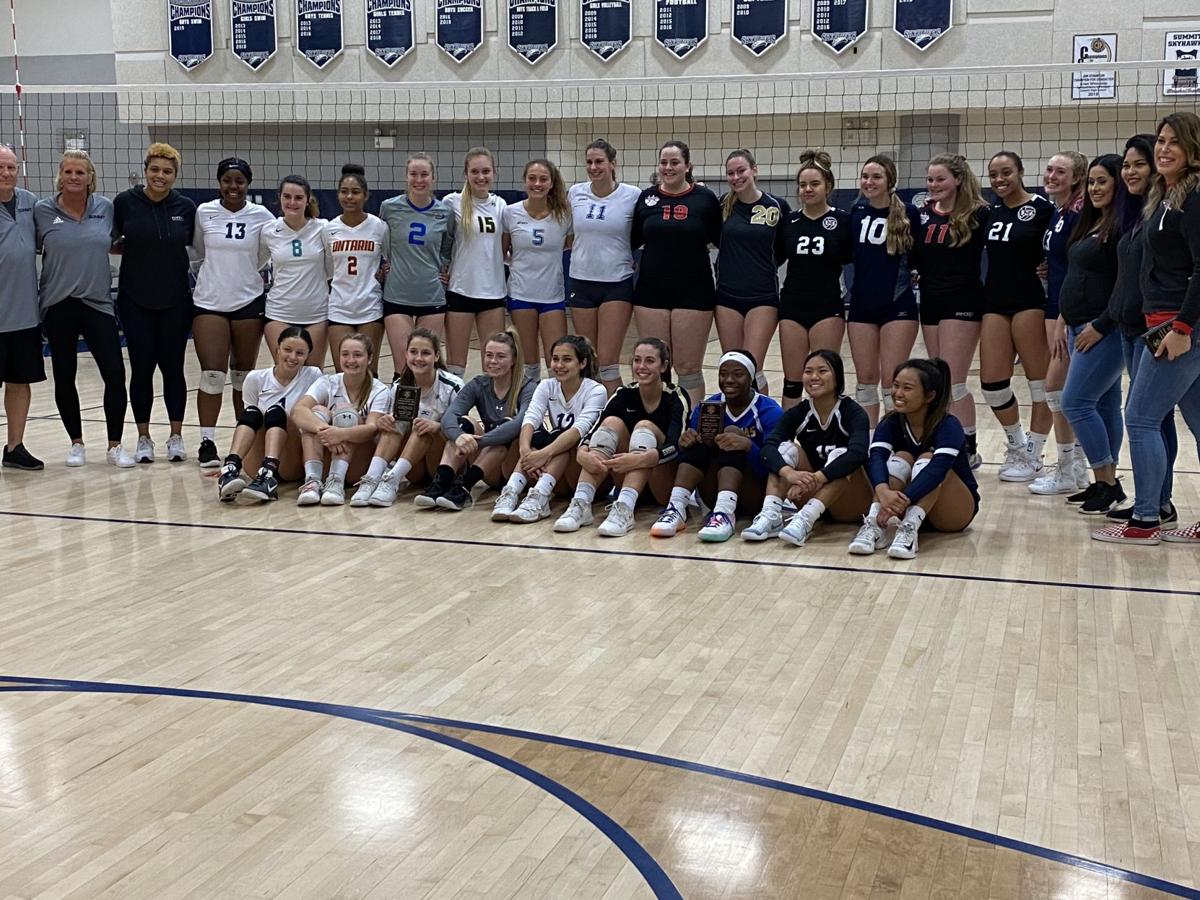 Players on Team Valley and Team Inland gather for a photo at the Inland Valley Volleyball All-Star Classic.

Players on Team Valley and Team Inland gather for a photo at the Inland Valley Volleyball All-Star Classic.

The two head coaches and five of the prep players involved in the competition were from Fontana schools, and the event was held at Summit High School in Fontana.

Two contributing players on Team Valley were Jordan Hughes and Darien Mann of Miller. During the regular season, Mann and Hughes sparked the Rebels to their second straight Mountain Valley League championship.

Team Inland was coached by Kristi Whitcomb of Summit and featured Summit players Kamron Jordan, Alyssa Aleman, and Raeven Pugh. They led the SkyHawks to their second consecutive Sunkist League title during the 2019 season.

IE Sports Net coordinates the All-Star Classic each year, bringing together many of the top seniors in San Bernardino County.