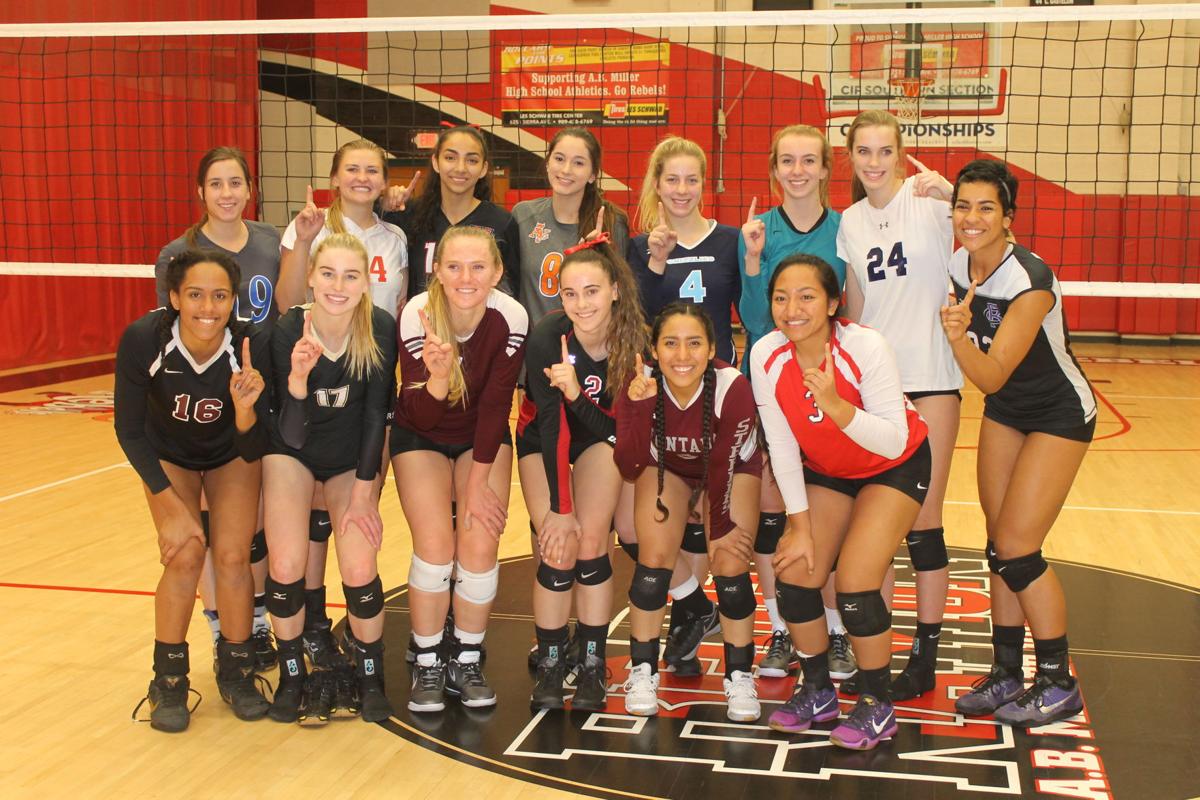 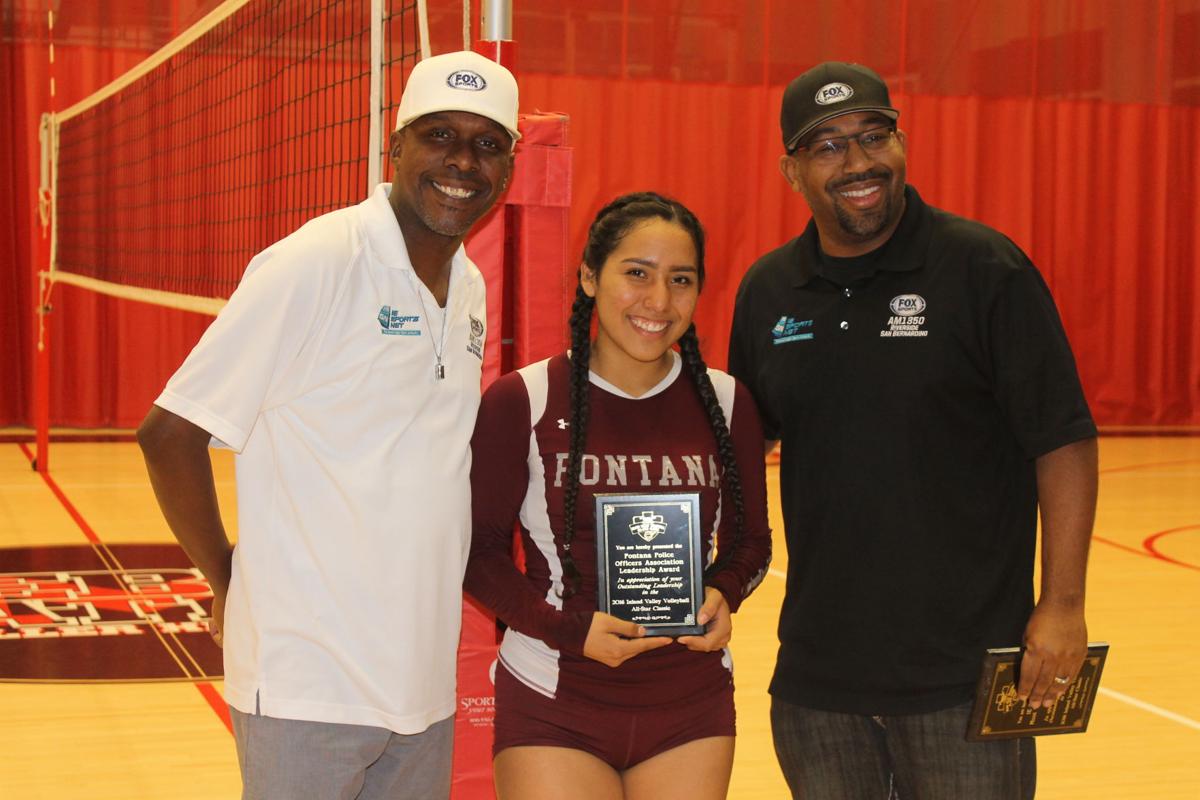 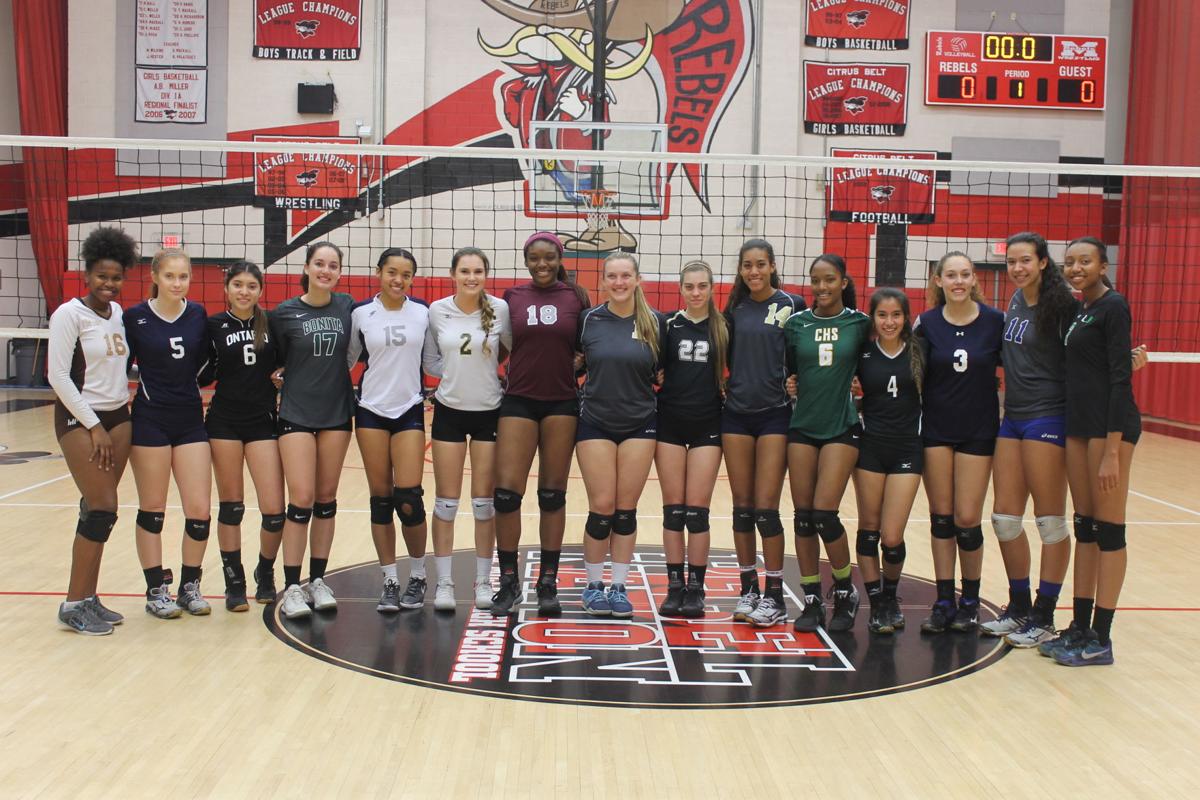 Members of Team 2 gather for a photo.  (Herald News photo by Russell Ingold) 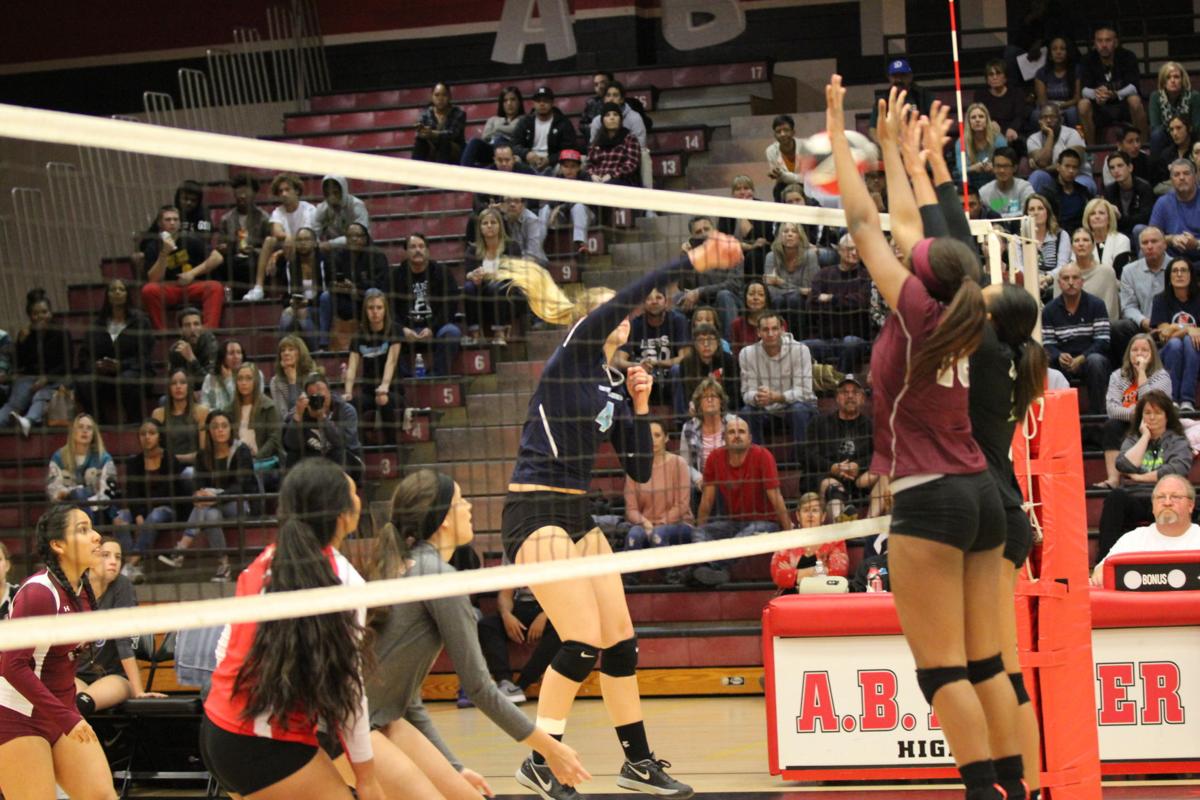 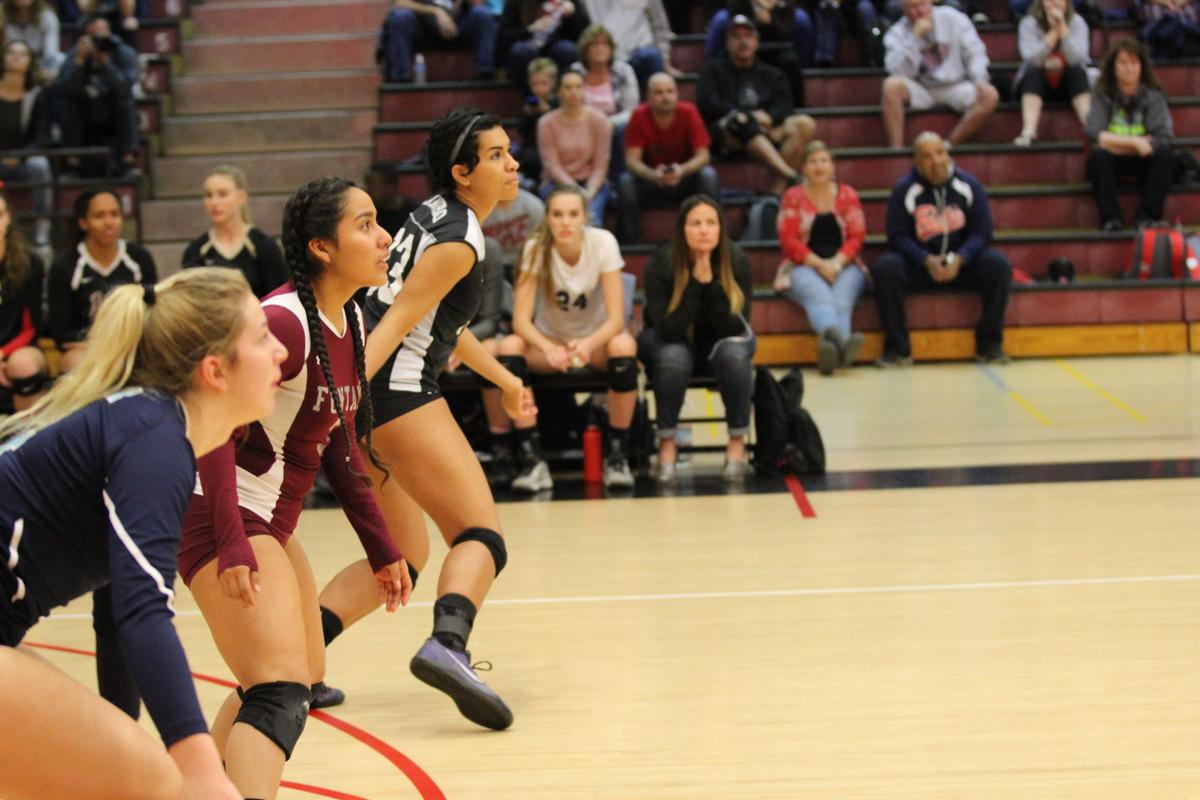 Members of Team 1, including Juvelina Rodriguez of Fontana High School (center), get ready for the volleyball to come over the net.  (Contributed photo by Eddie Talbert Jr.)

Members of Team 2 gather for a photo.  (Herald News photo by Russell Ingold)

Members of Team 1, including Juvelina Rodriguez of Fontana High School (center), get ready for the volleyball to come over the net.  (Contributed photo by Eddie Talbert Jr.)

With help from two players from schools in Fontana, Team 1 was victorious in the 2nd Annual Inland Valley All-Star Volleyball Classic on Dec. 4 at the Fontana A.B. Miller High School gymnasium.

Team 1 triumphed by a 3-1 margin over Team 2 in the match involving some of the top senior players in San Bernardino County.

Juvelina Rodriguez of Fontana High School received the Leadership Award for Team 1, and Veronica Ramirez of Miller made several good plays at the net.

"I was kind of nervous in the beginning, and I didn't know what it was going to be like because I didn't know (the other players)," Rodriguez said, "but it turned out really good. It was fun and intense."

She said she was surprised to receive the Leadership Award.

"I didn't think I was going to get it because I was the libero, the smallest one," she said with a smile, "but I'm happy about it."

Ramirez was very happy to be playing on her home court with the winning team.

"It was very competitive; everyone was really good," she said. "It was the greatest experience I've ever had playing volleyball."

Summit High School's Shaiann Palos was a member of Team 2.