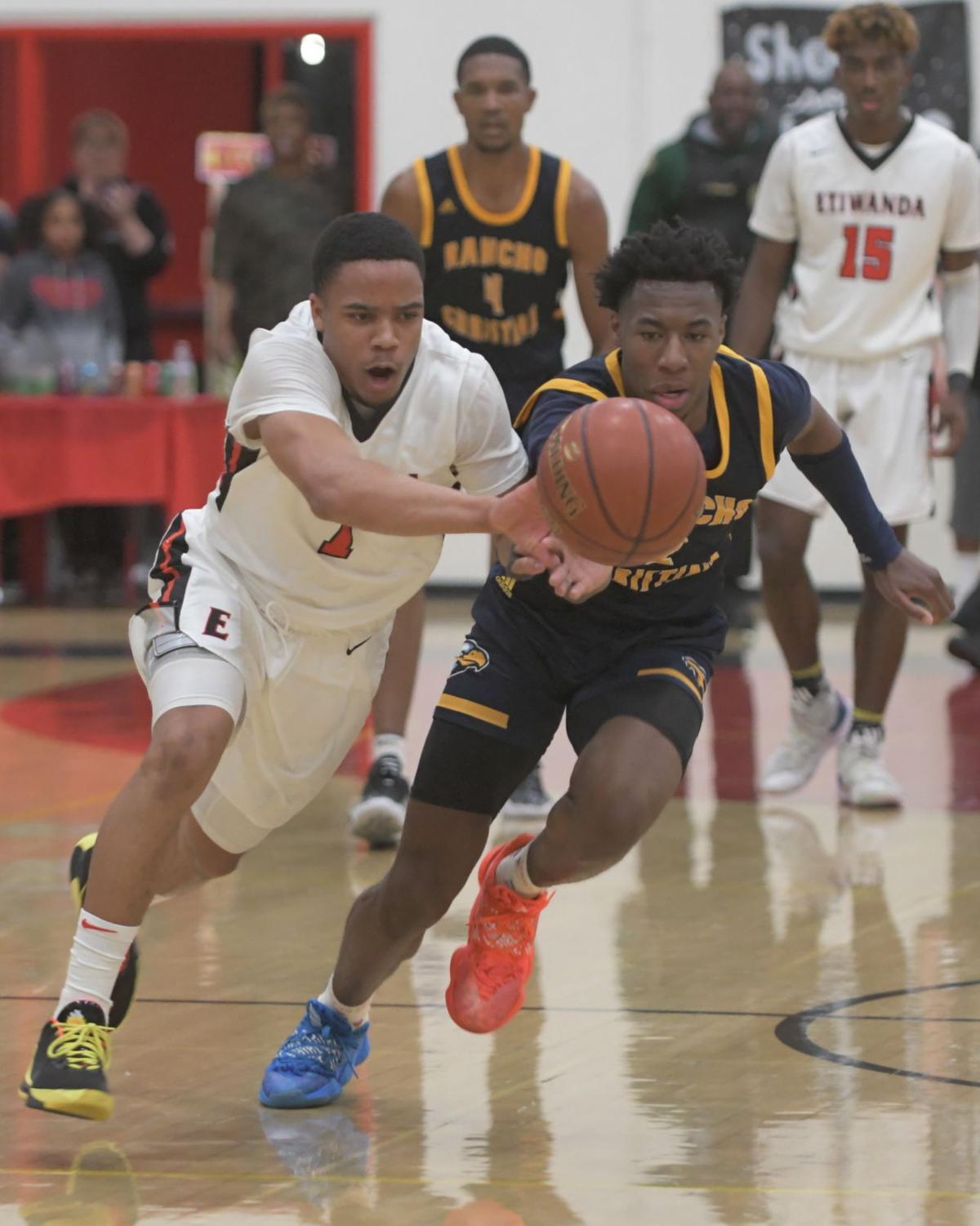 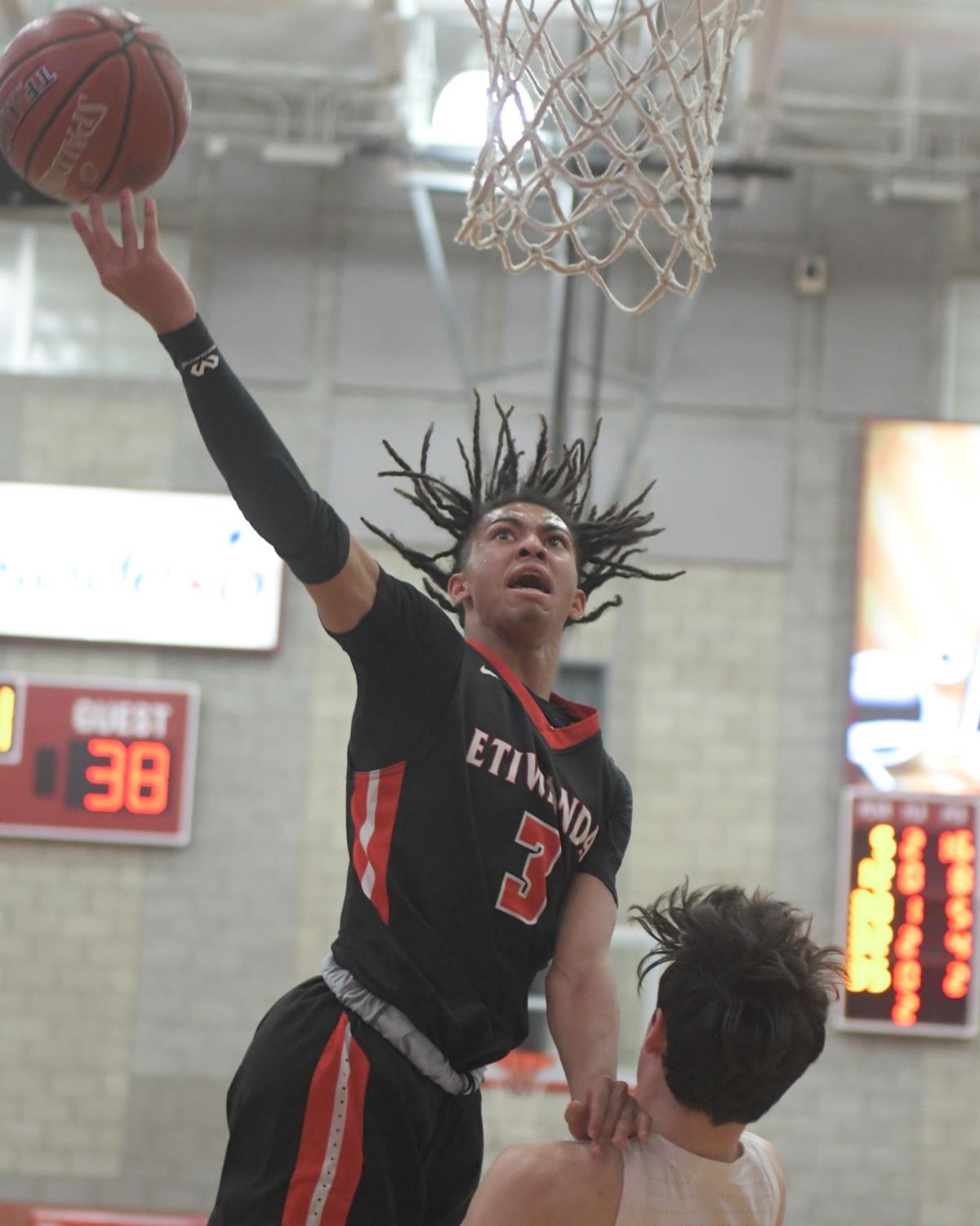 Darryl Jackson of Etiwanda puts in a basket against Mater Dei on March 7.  (Contributed photo by Jerry Soifer)

Darryl Jackson of Etiwanda puts in a basket against Mater Dei on March 7.  (Contributed photo by Jerry Soifer)

The Etiwanda High School basketball men advanced to the Southern California Regional championship game before losing a heartbreaker to No. 1-seeded Sierra Canyon, 63-61, on March 10.

The Eagles finished with a 30-4 record and were just one victory shy of reaching the state title game.

Tyree Campbell had 19 points and Jaylen Clark added 10 for the Eagles, who had an 11-point lead in the fourth quarter before Sierra Canyon rallied to win.

The game was close the entire way, with Mater Dei taking a 50-46 lead in the fourth quarter.

But Camren Pierce then came through with three clutch baskets, including a 3-pointer, to give Etiwanda a 53-50 advantage.

After a free throw by Mater Dei, Clark put in a basket for Etiwanda to make it 55-51.

Mater Dei cut the deficit to 55-53 before Jahmai Mashack launched a 3-pointer to lift the Eagles in front by a 58-53 margin.

Key free throws down the stretch by Darryl Jackson helped Etiwanda maintain its lead and secure the victory.