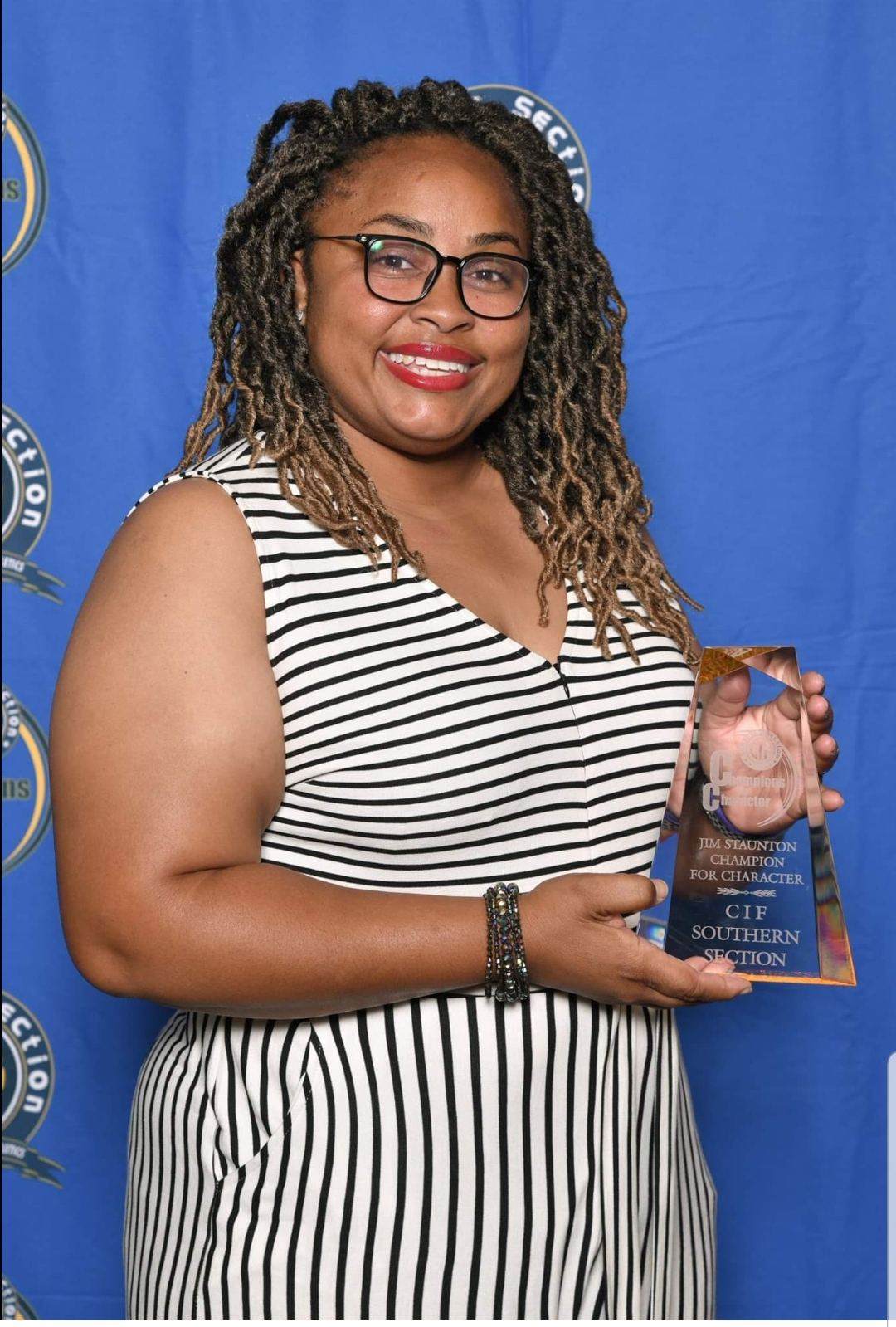 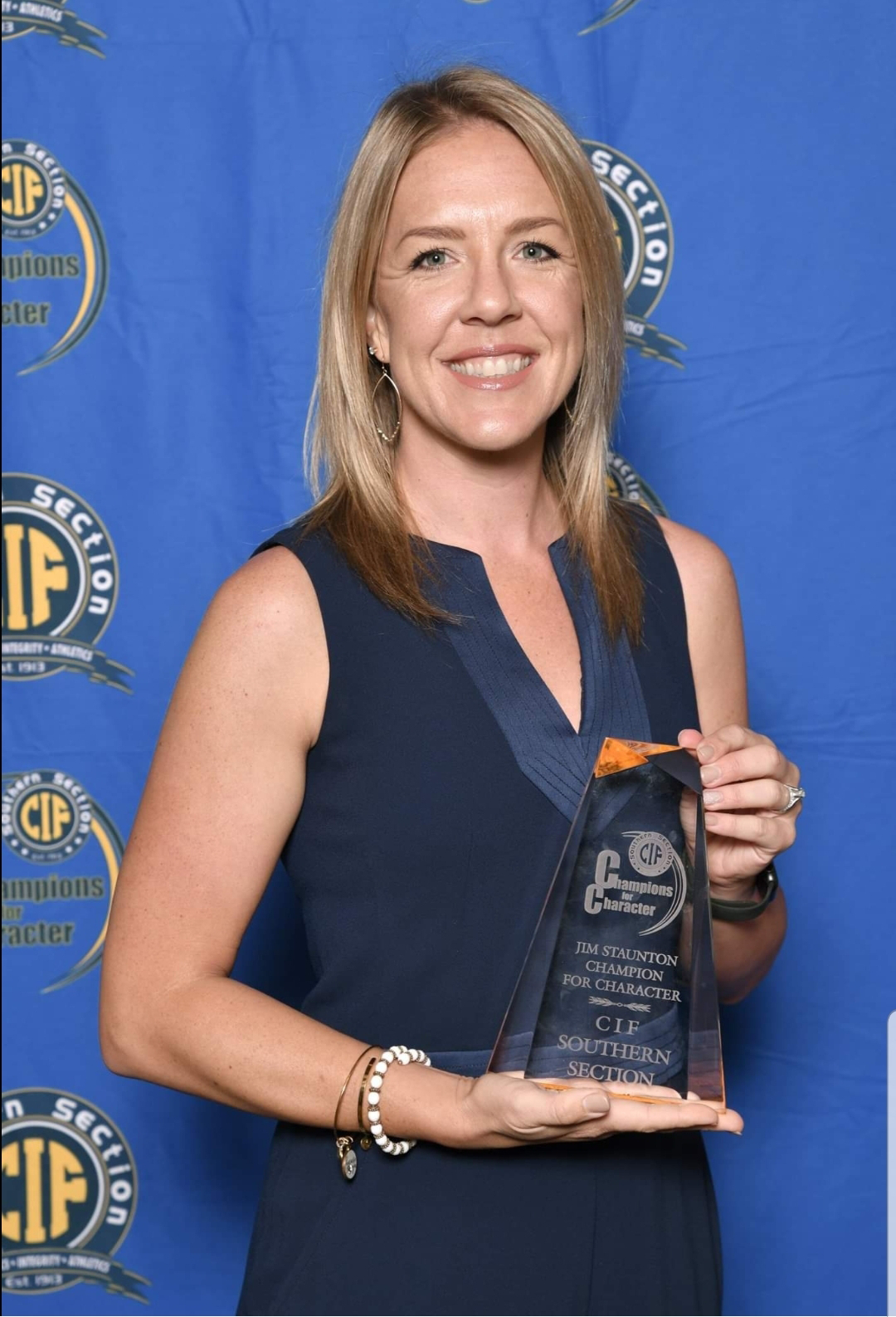 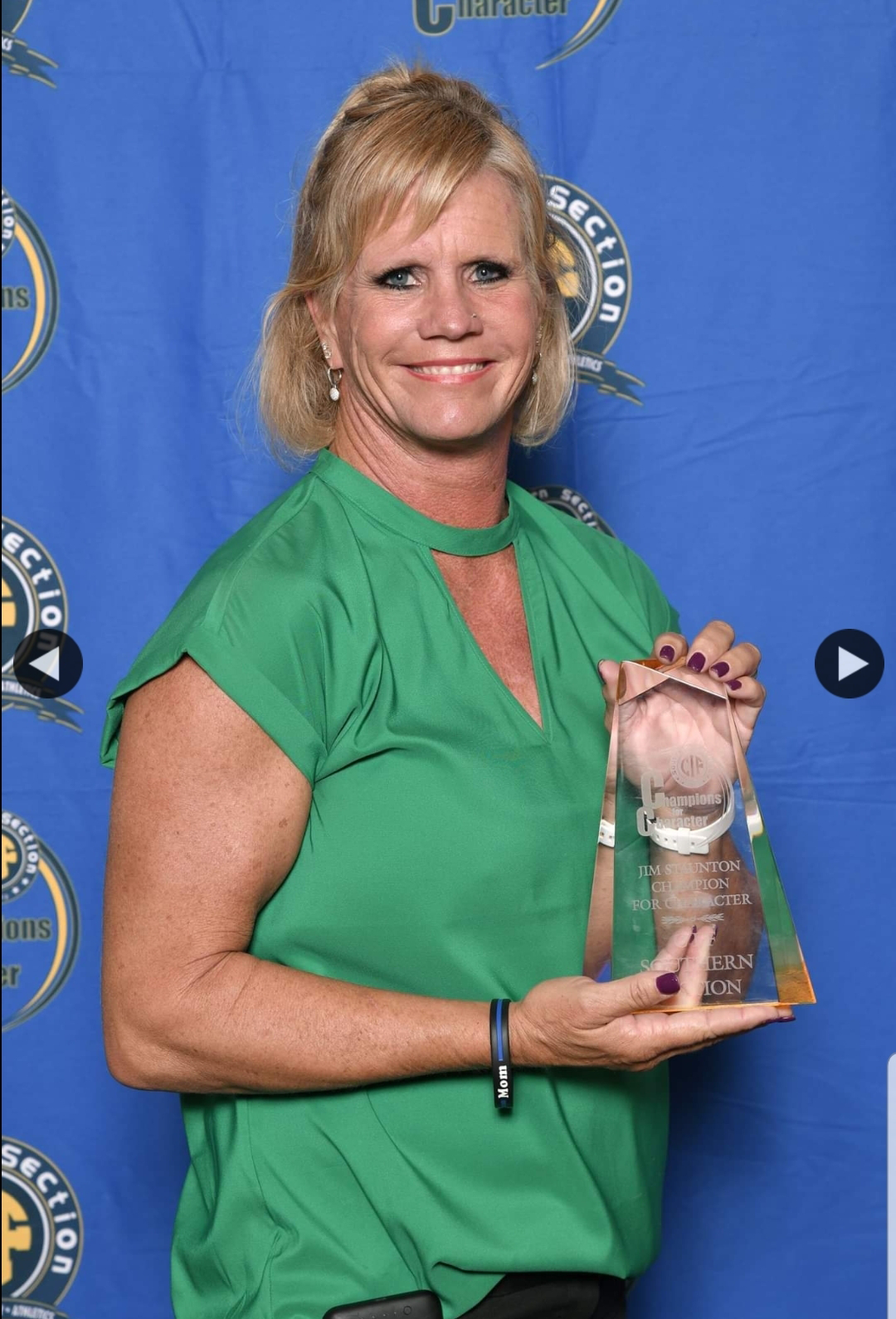 Kristi Whitcomb is a volleyball and softball coach at Summit High School.

Kristi Whitcomb is a volleyball and softball coach at Summit High School.

Heather Harvey, Chanel Burrell, and Kristi Whitcomb were given the 2019 Jim Staunton Champions for Character Awards during a ceremony on Sept. 23.

The award honors the ideals associated with a commitment to leadership in upholding the CIF pillars of character, sportsmanship, integrity, positive relations and respect for diversity of all people, sportsmanship and fair play over victory.

Every year the CIF uses the Jim Staunton Awards to recognize athletes, coaches, administrators, and others who are continually following the motto of "Pursuing Victory With Honor."